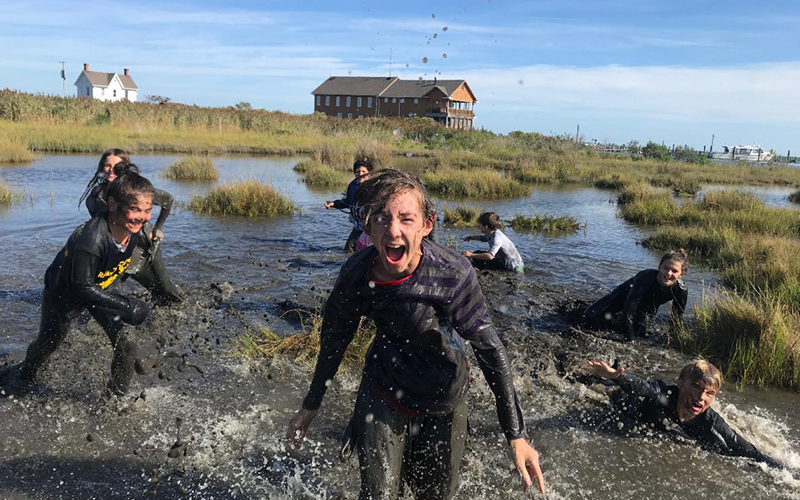 Mysa School, a small, private school based in Washington, DC, is opening its doors to K-12 students in the Mad River Valley this fall. School starts September 8 for the new school’s 12 students, ages 8 to 15. Mysa will start the school year in the 1824 House in Waitsfield until a mixed using zoning change is approved for the school to open in the Cricket Club at Mad River Glen. The zoning hearing before the Fayston Development Review Board will occur in the second week of October.

Last year, six Warren students joined the DC school virtually and parents advocated for opening a brick-and-mortar school in The Valley. One such parent advocate is Kathy Haskell, a Waitsfield teacher with four kids of her own. She will join the school this year as a teacher.

Mysa founder/head of school Siri Fiske did not set out to start a school. She has worked in schools across the country and internationally, including in South Korea, and wanted to start a small program within a DC public school where students received more individualized learning than a typical public school. But, six years ago she secured a grant and decided to venture out on her own.

Mysa’s pedagogy encourages independent learning based on meeting students where they are. The school groups students based on their learning levels and needs, not grade levels. Each student receives a weekly customized to-do list based on their individualized learning plan. "Mysa" is a Swedish word meaning to be engaged in an activity that is comfortable and pleasurable -- to feel cozy.

Fiske has received requests to open Mysa’s doors in other towns and cities, such as Baltimore, but at the persistence of a group of parents, she felt the Mad River Valley was right for them. “We’re not about being exclusive or pulling kids from public schools,” said Fiske, but offering a more individualized method of learning. Teachers will teach multiple subjects.

“Everybody does a little bit of everything.” Fiske sees Mysa as an option for students who learn differently or who are progressing at a different pace than their grade-level peers. If a student is reading at a higher grade level, they’ll be placed with students on their level to encourage all students to excel. Fiske said she wants to shatter misconceptions of private schools as being elite or exclusive and offer all students the opportunity to thrive. Limited scholarships may be available, dependent on grant funding.

“In my ideal world, we get the door open and become a part of a local public school,” said Fiske. “I really want to be part of the community.”