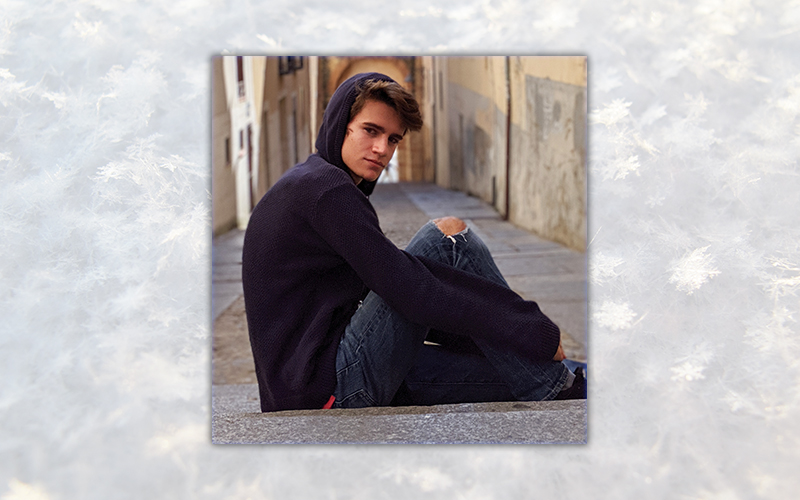 When the pandemic hit, much of Ben Nardin’s life changed – as it would for so many people – but the one thing that didn’t change was his love of writing.

“I’ve been creative writing since I was just a tiny kid,” said Nardin. “It’s a huge part of my life.”

With the rapid spread of COVID-19, as the world was forced into isolation, remote learning and virtual work, he turned to writing – it would serve primarily as a solitary act.

“Over the pandemic, I wrote a lot, but I wasn’t really keen on sharing anything,” said Nardin.

When he and his family relocated to Waitsfield from Boston over a year ago, in hopes of escaping the worst of the pandemic, this changed.

As a new junior at Harwood Union, Ben’s teacher, knowing his love for writing, suggested he pursue an opportunity with the school’s internship program, where he could apply his skills beyond the classroom – perhaps to that of the newsroom.

“I’d never really thought about writing, you know, factually,” said Nardin, reflecting upon his first thoughts on the opportunity – “writing just the facts and putting that out.”

Though different from the familiar creative style he has previously employed, Nardin speaks fondly of his time newswriting for The Valley Reporter.

Having submitted an article or two every week since he began his internship in September, he has acquired a taste and great appreciation for the work his internship has encouraged him to do.

“To know how to write an article, to know how to conduct interviews,” Nardin said; “these are really, really important skills” and ones which he recognizes can open doors in the future.

Beyond expanding his communication skills, however, he understands this as having been a unique opportunity to engage with a community he has only recently joined.

“It’s been really rewarding to interview people and to just be engaged with the community in that way,” he said. “It’s pushed me out of my comfort zone and kind of brought me into a new sort of understanding of how people think and how the community as a whole interacts.”

Beyond his gratification for what the internship has provided, it is hard to miss the sheer excitement in his voice as he shares the thrill of his peers and the public reading his work.

“To share my work,” said Nardin enthusiastically, “even criticism has been really exhilarating for me because it’s like people are engaging with what I’m writing.”

And as rewarding as these experiences are for Ben, and other students like him participating in internships through Harwood Union, they serve as a reminder for just how important programs like these are for those who make them possible in the first place.

“I remember the first time he was published in The Valley Reporter” said Rachael Potts, Harwood Union’s internship program coordinator, “people were coming up to him and talking to him about his article… you could tell that really made an impact on him and maybe even solidified in some way that yeah, this is what I want to do.”

If anything has remained constant throughout this internship, it’s that Nardin loves to write, but through this opportunity he’s gotten to greatly expand the application of this passion. Next fall, he plans to head to Ireland to pursue his interest in creative writing at the “University College Dublin” – a path forward which he is very excited for.

“Every Thursday, it’s my routine now to go to the Village Grocery by Bridge Street and pick up The Valley Reporter,” said Ben. “Then I go to my TA and I read [the paper].”