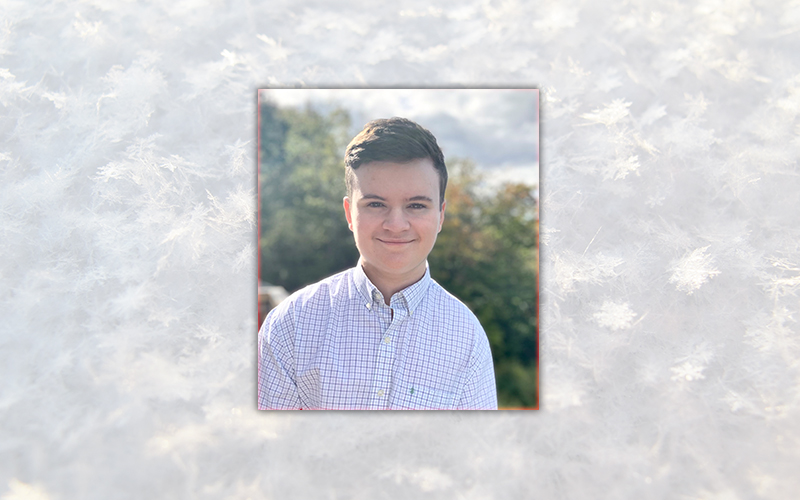 Harwood Union High School senior Patrick Snell. Fayston, has been a junior firefighter for two and a half years and, this fall, has interned at the Waitsfield-Fayston Fire Department. He decided to intern to learn more about the fire department. He hopes to study fire science at a school after graduating and become a full-time firefighter.

“I really enjoy helping people,” he said. “I like the adrenaline rush and the thrill of fighting a fire.” His grandfather was a fire chief in Boston for 30 years. When Snell and his family moved to The Valley from Massachusetts four years ago, his dad started at the volunteer fire department. “I felt inspired to join,” Patrick Snell said.

During the internship, Snell has done a lot of training, including training on equipment and miscellaneous tasks, from helping out the fire chief to cleaning the station. “I’m also in charge of certain things. I’m in charge of checking the trucks, making sure everything’s where it should be. I’m also in charge of finding trainings for everybody. As a full-time member, I can basically do anything. There’s very little limitations now that I’m 17.”

“I’ve learned a lot about firefighting,” he said. “I’ve learned this is something I really want to pursue in life. I think this is a great career path. It’s very fitting. I’ve also learned multiple skills,” such as problem-solving. “I’ve really developed some good, fundamental skills being a part of the fire department.”

He has accompanied the fire department on six structure fire calls in the Waitsfield-Fayston area, in just about every fire in The Valley over the last two years. “I’ve enjoyed every time I’m on a call,” he said. “It’s really interesting every time.”

“I’ve met a lot of people around the community” as part of his work at the fire department. “I’ve developed good connections, whether it’s the ambulance service or neighboring fire departments,” which work closely together, he said.

“I think everyone should know that the fire department is not as scary as it seems to be from the outside. I want people to know everybody’s really friendly and kind and it’s really easy to get started on your fire department career. If anyone is interested in joining, please feel free to come in.”