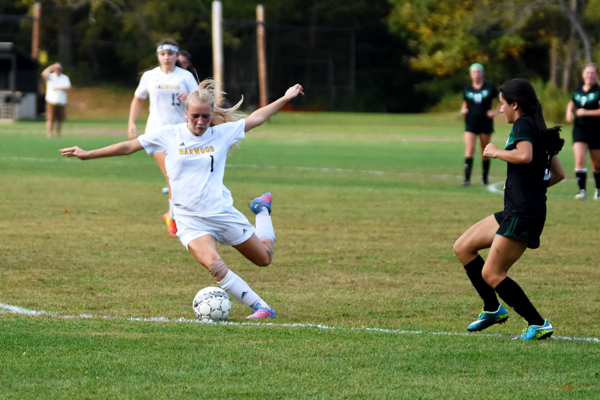 “I think both games were a lot alike. I think we played well for about half of the game. We moved the ball, we went toward the goal, then we would score, then we would go back on our heels and we would stop playing an aggressive style,” head coach Mike Vasseur said.

The Highlanders’ only loss was to a Division III opponent, Thetford.

“We went down there and didn’t even get off the bus and they whooped us,” Vasseur said.

On Friday, Harwood will face North Country, a Division I team. Vasseur said that it would be a tough matchup and a big test for the team.

“As the year has gone on, we’ve moved some people around. I think the team is deep, it’s confident right now and I actually don’t believe that we’ve played as well as we’ve could for a whole game yet. I don’t think we’ve reached the top of what we can do, I think there’s another gear in this team,” Vasseur said.