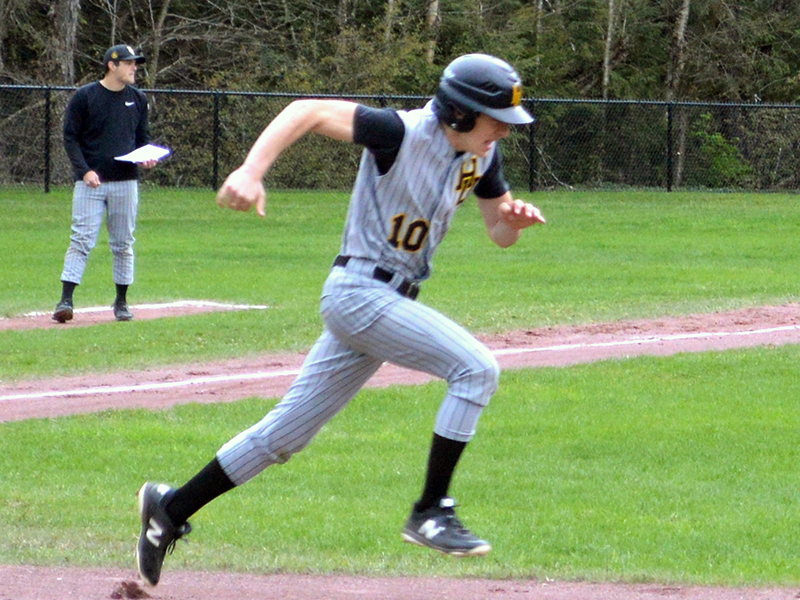 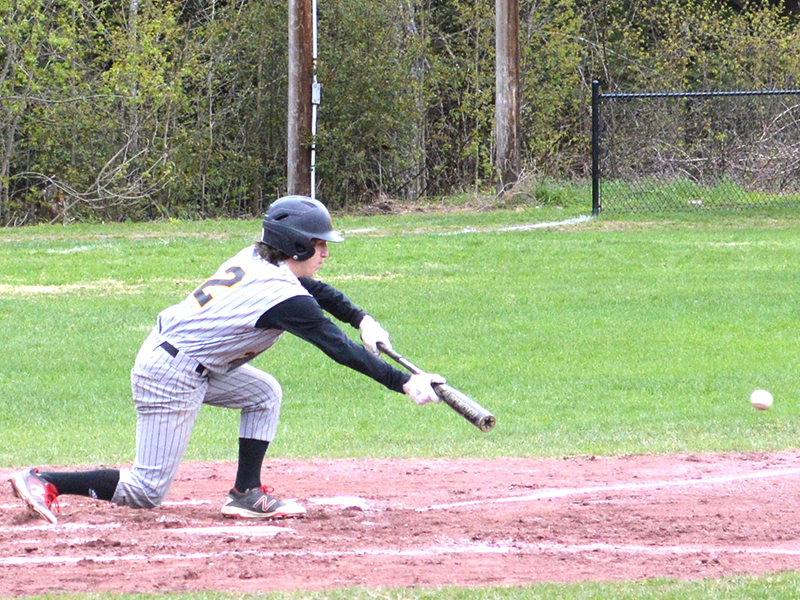 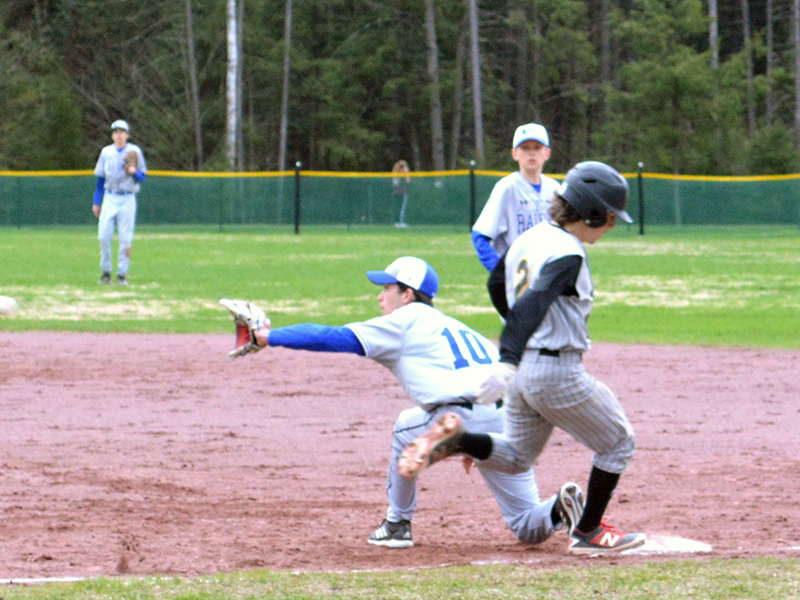 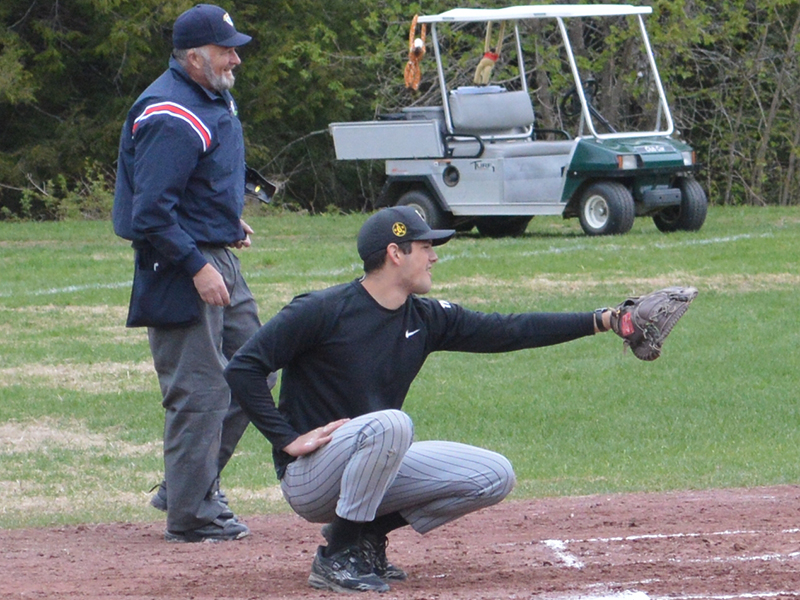 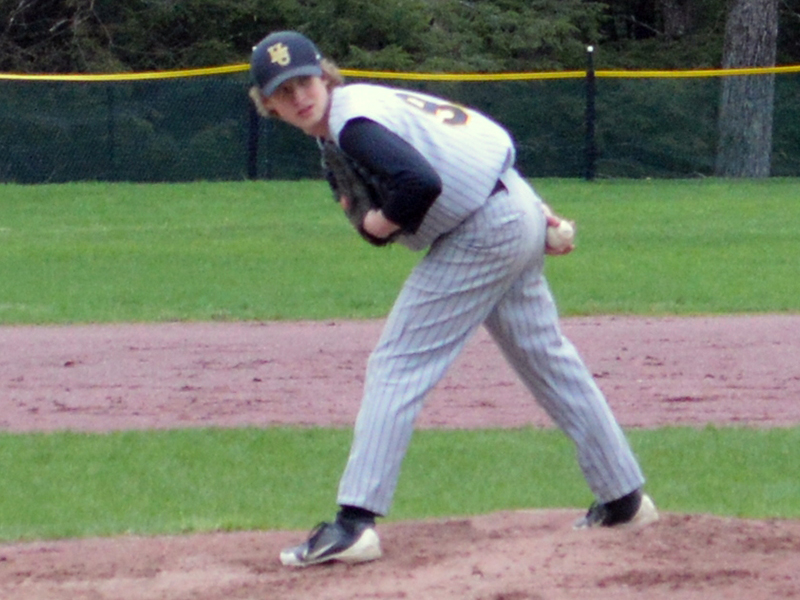 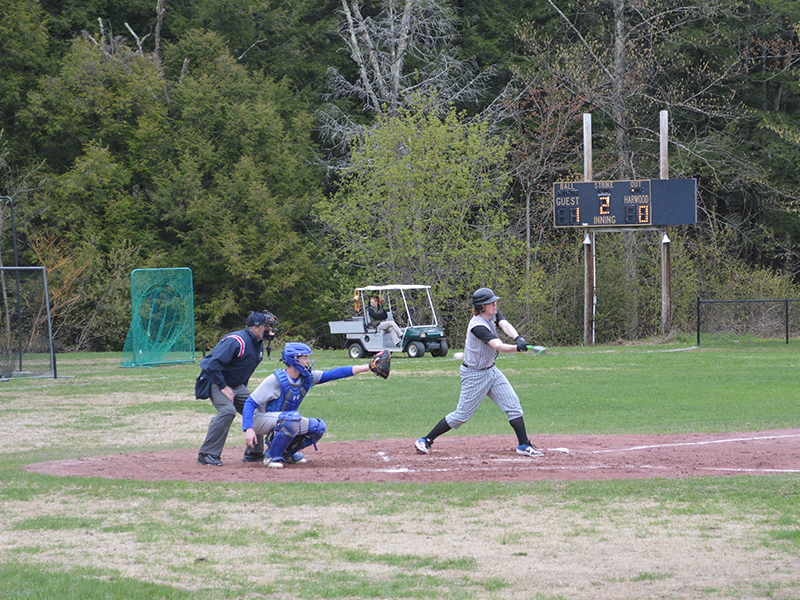 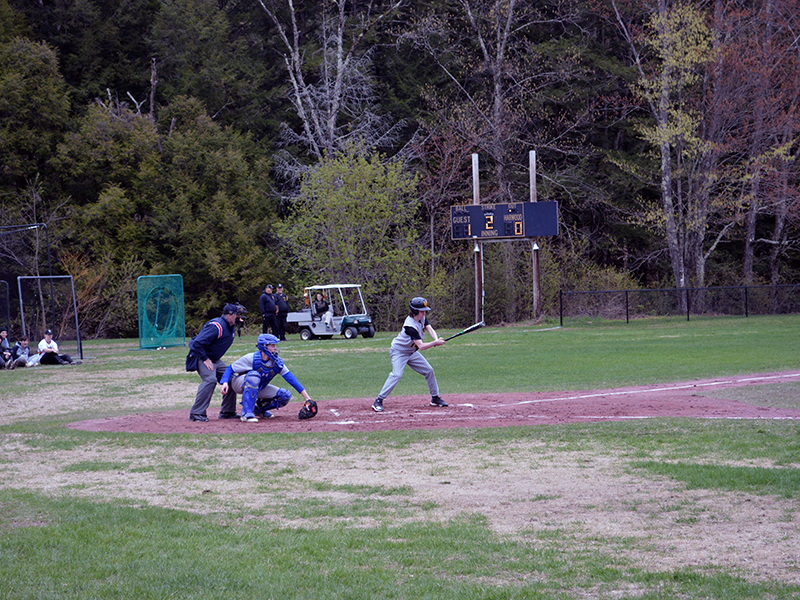 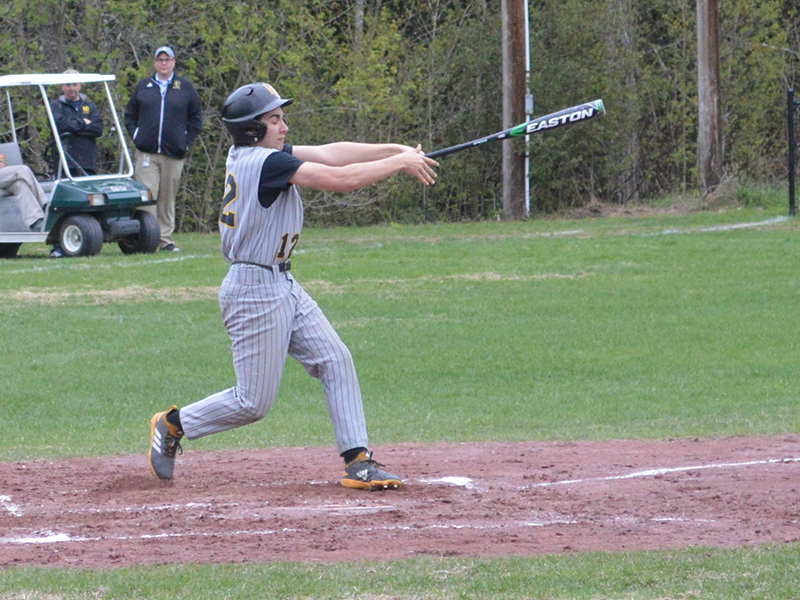 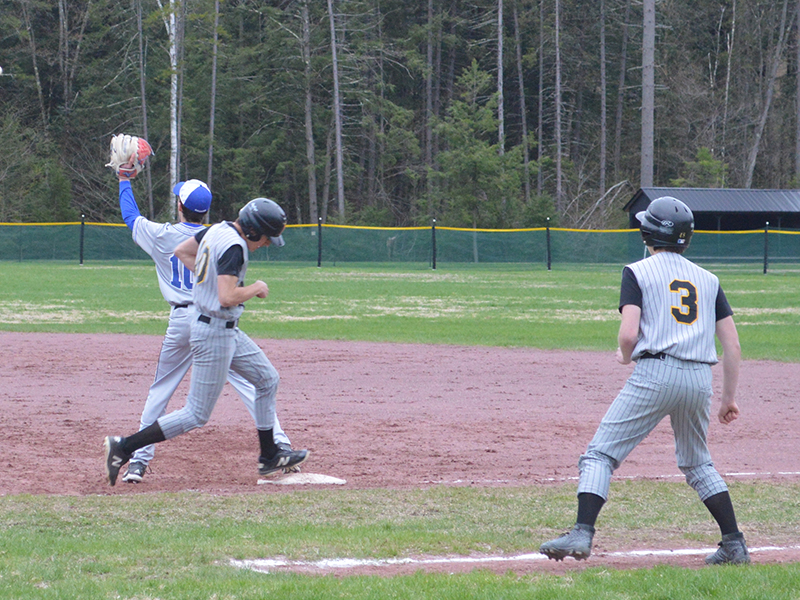 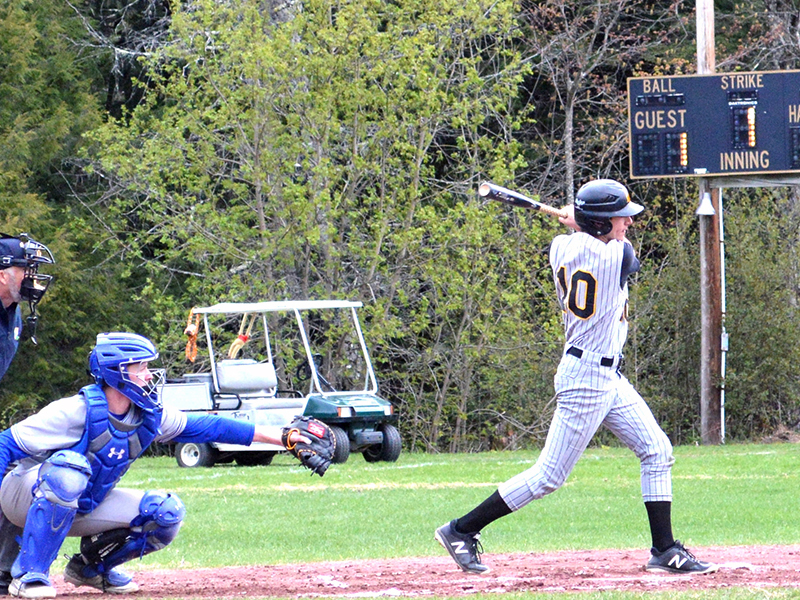 Harwood vs. U32
Previous Next

On Thursday, May 9, the Harwood varsity baseball team traveled away to play Lyndon High School, a shutout game for the Highlanders.

After a scoreless first inning, Harwood was able to get one run across the plate in the second inning. The game would remain 1-0 until the fifth inning where at bat, the Highlanders got six runs. Harwood maintained a strong defensive game and did not allow for any Lyndon ballplayers to take an inch, as the remaining three runs for Harwood would be in the eighth inning. Skylar Platt pitched seven innings, with six strikeouts and three hits.

On Saturday, May 11, on a doubleheader rescheduling of games due to weather, Harwood hosted both Thetford and Vergennes.

Harwood would open the game with six runners making it across the plate during the first inning. Neither team would make it around the bases again until the fourth inning when both teams would muster a run apiece. During the fifth and sixth inning, Thetford would gain five and hold the Highlanders scoreless. In the seventh, Thetford would gain three more points to Harwood’s two, tying the game up 9-9. The eighth inning saw no action, taking the teams into a ninth inning where Harwood would get the winning run across the plate for a 10-9 win.

Harwood traveled to Randolph for an overcast day of baseball. Harwood started scoring right off the bat, scoring three runs in the first inning.

With no action from either team until inning four, Harwood earned two runs to Randolph’s four. Harwood would remain consistent with two runs each inning for the remaining sixth and seventh inning, Randolph would squeak in a lone run in the bottom of the seventh. The end score was Harwood 9, Randolph 5.

Harwood’s Chase Reagan had three hits in four at bats including a double. Sean Russell also had a double. Baseball will play again this week at home against Oxbow on Thursday, May 16, at 4:30 p.m.

JV baseball hosted the U-32 Raiders on May 14 in what would be a close match with the game ending in Harwood’s favor. Liam Guyette cracked the game open with an RBI double and went two for three at bats. Adyn Oshkello scored on a wild pitch in the fifth inning and Guyette scored on a double hit by Gus Mosle. Mosle went three for three at bats.

Girls’ softball traveled away to play Randolph on Tuesday, May 14, in a close game that would have the Highlanders heading home with a win.

Softball will play again this week at home against Oxbow on Thursday, May 16, at 4:30 p.m.

Girls’ lacrosse traveled to Milton on Saturday, May 11, to take on the Yellow Jackets on a cool, sunny day that would help the lady Highlanders sweep Milton in 12-2 win.

Kelly Tynan got the Highlanders on the board first and contributed one later in the game. “Tynan, Erica Dow and Charlotte Cook worked tremendously in the midfield coming up with possession off the draw and several ground balls each. Cook also tallied several draw controls, which helped the Highlanders play their game,” said head coach Hillary Wheeler.

Cook scored three goals and Abi Scharges, Anna Kudriavetz and Aliza Jernigan each scored two apiece. Nina Kellogg chipped in one goal. Wheeler said that her defensive players had a strong game and were able to slow the ball as Milton worked it down the midfield by communicating effectively. Goalie Kaylee Cameron had five saves.

Harwood girls’ lacrosse traveled away on Monday, May 13, to play Hartford in what would start out as a strong Highlander game, ending in Hartford’s favor. Coach Wheeler said that her team came out of the gate strong and scored the first three goals of the game in the first five minutes.

“We possessed the ball off the draw for the majority of the first half. Harwood stayed strong when Hartford made a comeback toward the end of the first half. We went into halftime with a score of Hartford 8, Harwood 4,” Wheeler said. Tynan and Anne Fennelly both had two goals, while Anna Kudriavetz and Erica Dow each with one, but it would not be enough to take back the lead, the final score 16-6, Highlander loss. This week, according to Wheeler, the team will continue to work on the fundamentals and plan to make the most of the weather and have fun.

Harwood boys’ lacrosse traveled away on Monday, May 13, to play Hartford on a rainy, overcast day. Harwood’s Ely Kalkstein was a game leader with seven goals and four assists to help the Highlanders with their victory.

Head coach Russ Beilke said that this was the first complete game that his team had played this season, staying consistent in their play and taking control of ground ball turnovers.

Beilke commented on Eamon Gilhuly’s faceoff technique and strong force up front as well as goaltender Sully O’Hara’s brick wall for the defense.