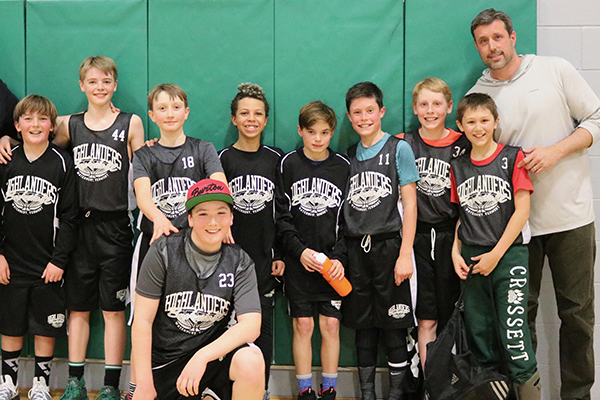 Jay Bellows has been hired as a new boys’ basketball program coach for the coming year, according to athletic director Chris Langevin.

“I am pleased to announce that we have offered the position of varsity boys’ basketball coach to Jay Bellows, and he has accepted. He has an incredible background with the game of basketball, and I am excited for our student athletes to learn from coach Bellows,” Langevin said. “Jay has been working for years in our youth development programs, with middle school, the Amateur Athletic Union (AAU) and Mini-Metro, and will now be closing the loop by taking over the varsity program as well.”

Bellows is the president and CEO of Northern Reliability in Waterbury. Bellows has an extensive basketball background having played in strong programs during high school, college and beyond. He has been coaching in the Harwood youth system for the past 10 years at many different levels.  Last winter he coached the seventh-grade boys team, third- and fourth-grade boys’ team, seventh- and eighth-grade AAU team, third- and fourth-grade AAU team and the seventh- and eighth-grade Mini-Metro team. He also ran the boys’ AAU program for Waterbury and helped with each of the other teams that were a part of the program.  He will now be taking over the varsity team while continuing to oversee all the boys’ programs in the community.

“I’m thoroughly excited to be able to continue to work with our community’s boys,” Bellows said, “It’s really important to me to keep fostering their love of the game.  The program has made some very impressive gains during the last 10 years and I’m greatly looking forward to continuing those through the high school level.  I have seen the boys’ commitment to the game grow, and with it, their skill and ability as well.  Being able to be a part of that all the way through their graduation is something we both consider to be a privilege.  It’s been incredibly enjoyable to watch what Tom Young has been able to do with the Harwood girls’ program, and my goal is to mimic that type of growth as best we can,” Bellows said.

Bellows’ first game as the Harwood’s boys’ varsity basketball coach will be on December 14, when the Highlanders travel to Hartford to open their season.