“This group of inductees have left their mark on the greater Harwood community and set an example for all future Waitsfield High School, Waterbury High School and Harwood High School staff, students, and beyond,” he added. 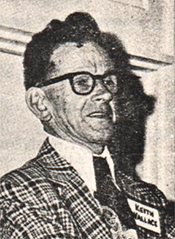 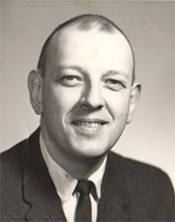 He played on the 1950 Frosh Baseball Team, received his B.S. from the University of Vermont in 1955 and his M. Ed. in 1972. From 1955-62 he taught social studies, algebra, geometry and grade school physical education at B.F.A. Fairfax High School and coached basketball and baseball. Twice he was selected basketball Coach of the Year in the Northwestern League. He continued to coach basketball and teach social studies at Essex High School (1962-66). 1968 found him the Frosh baseball coach at the University of Vermont. From 1967-2002 he completed 35 years of game filming service to the University of Vermont Athletic Department. During that period of time he had several photographers assisting him as they filmed games for Norwich University, Middlebury College, South Burlington and Essex High Schools and the high school state championships in girls’ and boys’ soccer, basketball, ice hockey, gymnastics, lacrosse, baseball, softball, field hockey and cheerleading. 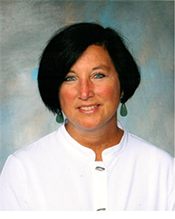 Diane Phillips began her 39-year career at Harwood in 1973 where she was vocal music director, middle school music and theater arts (7-12) teacher. She was the music department head (1991-2012), assisted with the musicals, was head of National Honor Society, HEA secretary (20-plus years), NEASC department committee chair and head adm. com. 1X and the director and coach of student preparation/rehearsing/auditioning for district, state and New England Festivals. She was the Winooski Valley music district treasurer (10 years), festival audition host (1999-2012), Jazz Festival host since early 2000s and All State Music Festival adjudicator for sight reading (15-plus years). Her select ensemble, I Cantori, sang at Waterbury and State House tree lighting ceremonies, sang the national anthem at Harwood basketball games, 25-plus years at Harwood graduation and many other occasions. The Harwood Choir was the first to visit and perform in the USSR in 1985. Harwood is the first school in the state to develop and have a music technology lab. Phillips performed in professional ensembles: Baroque Court (1987-1994); Simple Gifts (1995-2001); and South County Chorus/In Accord (2002-2017). She performed with In Accord for 12 years at First Night – Burlington. 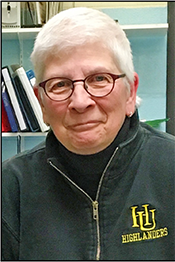 Sue Duprat became the first full-time female member of the St. Michael’s Athletic Department in 1976 and is considered one of the most influential people in the history of SMC athletics. She served as varsity coach of basketball, field hockey, volleyball, softball and lacrosse at different times and was named assistant athletic director in 1986. Duprat is one of five New England Division II women’s basketball coaches to surpass 300 career wins and was inducted into the SMC Hall of Fame in 1995. She was elected to the 2001 New Agenda: Northeast Women’s Hall of Fame and the New England Basketball Hall of Fame in 2006. Duprat began her career as director of athletics and activities at Harwood Union in 2003. Her first budget process brought increased funding and support for all programs. She created the first Student-Athlete and Coaches Handbooks. A full-time position of certified athletic trainer/assistant athletic director for care and prevention of injuries, concussion care, CPR and training for coaches was created during her tenure. Under her guidance, the athletic department added fully funded varsity sports for boys’ ice hockey, lacrosse, girls’ ice hockey, lacrosse and volleyball. The “pay to play” for all hockey was eliminated. Duprat was the creator of the Harwood Union Hall of Fame. 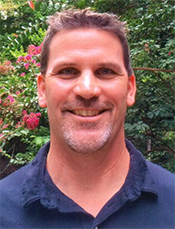 Todd Shropshire, 1987, was in the concert band and wind ensemble (two years) and the National Honor Society. He participated in varsity soccer (four years), varsity basketball (two years) and track and field (four years). He was a member of the 1983 and 1984 boys’ Division II Vermont State Championship soccer teams. He was selected to play in the 1987 Twin State Soccer Game but was unable to play due to an injury. Shropshire was a member of the 4 x 100 team that set a state record at the 1985 Division II Vermont State Track and Field Championships. He placed second in the 110 high hurdles and second in the 300 intermediate hurdles at the 1986 Division II Vermont State Championships. He participated in the 1984 All New England Track and Field Meet in the triple jump. He was selected for the 1987 Harwood Outstanding Male Athlete Award based on his outstanding work ethic, camaraderie and physical skills. His top level academic work won him the 1987 Male Harwood Scholar-Athlete Award. Shropshire attended Gordon College where he played soccer (four years), received the 1994 Scholar Athlete Award and his B.S. in movement science, magna cum laude, in 1994. D’Youville College (1994-1996) selected him for the 1994 Physical Therapy Excellence Award and the 1994 Physical Therapy Research Award (master’s thesis). He graduated with a B.S./M.S. in physical therapy summa cum laude 1996. 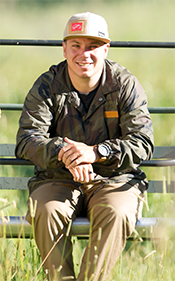 Roy Tuscany, 1999, received academic honors recognition at Harwood. He participated in cross-country (three years), alpine skiing (four years, captain one year) and baseball (two years). He was a member of the 1996 boys’ Vermont State Runner-up Division II cross-country team and the 1997 and 1998 boys’ Vermont State Championship Division II cross-country teams. His 1997 and 1998 teams participated in the New England Championships. In April 2006, he suffered a fall that paralyzed his lower body and was told by doctors that he would never walk again. After two years of grueling work in physical therapy, he skis, bikes and surfs using adaptive equipment created for people with paralysis. Tuscany wanted to help other athletes injured in severe accidents. In January 2009, he started the High Fives Foundation, a nonprofit that provides injury prevention awareness as well as resources to people who have had spinal cord injuries, traumatic brain injuries, amputations or other injuries affecting mobility. The foundation raises funds that go toward athletes and war veterans’ rehabilitation costs including physical therapy, personal training, massage therapy, living and travel expenses and adaptive sports equipment. It hosts adaptive surf, ski and other sports camps throughout the year. It raised $1.5 million in 2007 to kick start its programs. To date, the foundation has helped over 200 athletes from 31 states get back into the game.

The annual Harwood Hall of Fame induction ceremony and dinner will take place at 5 p.m., Saturday, September 14, in the Harwood Union High School cafeteria. If interested in attending, reservations are required. To RSVP to the induction ceremony, email Harwood athletic director Chris Langevin at This email address is being protected from spambots. You need JavaScript enabled to view it.. Tickets are available through Langevin.