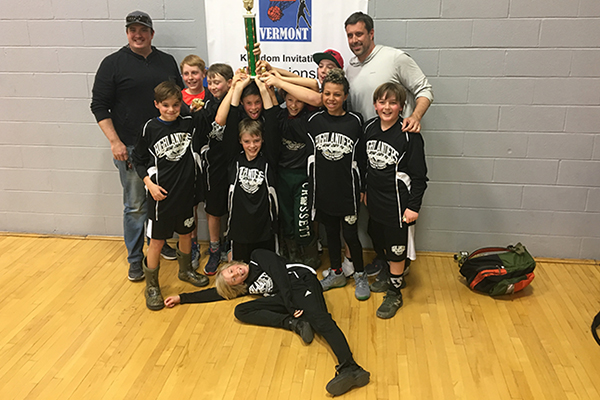 Jay Bellows, Waterbury, will be the new basketball coach for the boys’ varsity program at Harwood Union High School.

Bellows has played basketball his entire life including through college. He has a long history of coaching basketball as well as coaching camps while he was in college and coaching youth basketball locally.

“I really enjoy teaching the game and developing players. I’ve been coaching in the Waterbury youth program for the last eight-plus years, including to help establish and run the boys AAU and Mini Metro programs,” said Bellows.

Bellows said that he has too many favorite things about the sport, but he loves the athleticism that the game demands and watching someone who has put time and effort into developing as a player realize their potential.

“Watching hard work pay off is an incredible thing to witness. My favorite part, as a coach, is the mind game. Making adjustments and reacting as the game flows is really enjoyable, as I love to be a part of this game. I’m involved when I coach,” said Bellows.

As far as the Harwood program, Bellows hopes to continue developing the student athletes in the program starting from a young age to the last game in their high school career. “Our goal is to continue to develop the program as a whole all the way through the school system. We want to build a program that will be a powerhouse for years to come. We will be developing our players from a young age, working within the system, so that they have a full understanding of what we do by the time they are freshmen in high school. The program will be seamless from our early age clinics through varsity. Our goal is to catch up with what Tom Young has done with the girls’ program as quickly as we can, as the foundation has been set with the incoming classes at HU,” said Bellows.

Brett Hill will be the team’s assistant coach as will the junior varsity head coach, Josh Olney, and his assistant, Pat McHugh.

“Brett brings a wealth of basketball knowledge as well and is a graduate of HU where he played all four years. Josh has been coaching with me all through the youth programs and has helped develop our system and we are really lucky to have him. His ability to be patient while explaining and teaching is something you just can’t put a number to. Pat has also been coaching with me for some time and was also a four-year basketball player at HU. It’s great to have some HU legacy coaches. Josh and I count ourselves fortunate to have both Brett and Pat and everything that they will bring to the program,” said Bellows.

Bellows is unsure on the team numbers as of yet but plans to have tryouts on December 2 and 3 and go from there.

“We have been having some open gyms, and we know our kids pretty well, but we won’t make any decisions until we have our formal tryouts. We do expect to be young, both this year and next, as we build up the program, but have high expectations of our younger guys. We also couldn’t have asked for better young men to have as seniors. They have embraced the leadership role and will be paving the way for what we expect to be a great program for many years to come,” said Bellows.