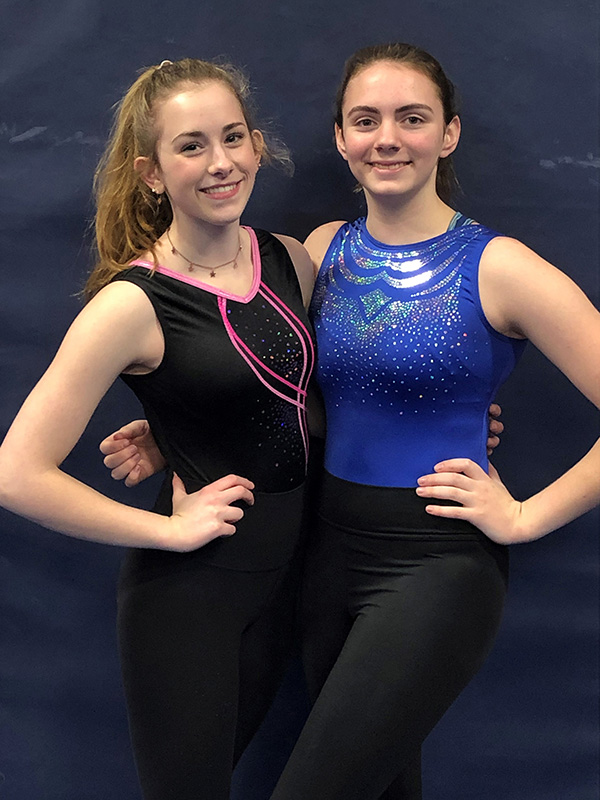 On Saturday, January 4, Harwood gymnastics traveled to South Burlington for their meet originally scheduled for December 30.

The Highlanders took home the top spot on all four individual events but were edged out by the Wolves for the team win. The Highlanders were missing two gymnasts which left open spots on certain events, resulting in a couple zeros on the team score. The final team score was 93.35 for Harwood (HU) and 96.8 for South Burlington (SB).

Lynn Russell took the top spot on vault with a 7.6 followed by Delana Cheney. Cheney finished first on bars with a score of 6, followed by Russell. On beam Cheney took first with an 8.25 and Russell placed second. Cheney blew the competition away on floor with a score of 8.65. Olivia Bloom (HU) tied Sarah Henry (SB) and Sydnie Dougherty (SB) on floor for second with a 6.8.

Cheney finished the day with a score of 30.3 to win the all-around competition. Russell finished second with a 27.05 followed by Henry with a 26.10.

The Highlanders take the week off and will host St. Johnsbury on January 14 at 7 p.m.

“O'Hara was a powerhouse all game long on all areas of the ice,” said coach Jacob Grout. Between the pipes for the Highlanders was Liam Guyette with 16 saves. With this game, Harwood increased their record to 5-0 on the season.

The team had a tri-meet at CVU on January 7. Results were not known as of press time on Wednesday.

The Harwood girls’ basketball team beat Northfield with an astonishing 59-14 victory on Saturday.