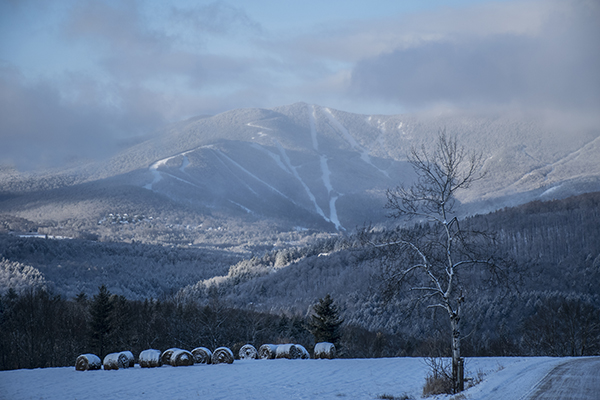 The race season started on Thursday, January 9, for the Sugarbush Racing Club. Conditions were cold, solid and fast on the Racers Edge course and 32 racers competed for the top spot on that fine day. Thanks to the hard work of treasurer Chet Monroe, registration got underway promptly at 8:15 a.m. and the course saw its first racers at 10 a.m. sharp.

Last year saw a high-speed battle for total victory between Riley Winch and Rick Duckworth that went down to the wire each week as the two vied for top honors. Winch eventually took the championship win in the fast and furious division. With at least seven more races to go this season, Duckworth, or perhaps a new challenger, may be standing on top of the podium at season end.

At the end of the day it was Winch who took the win by less than one-tenth of a second over Duckworth. Club officials caught up with Winch after the race and he revealed that the race was won on the strength of his run on the yellow course. “I won the first run by a half second. It was enough of a cushion this week although Rick (Duckworth) put in an excellent run on the blue course,” said Winch. Newcomer Michael Dixon finished third and club officers expect even better results from him as the season matures.

The women’s division saw the notable addition of Laura Jenks, a longtime professional athlete, who set a formidable pace of 55.91 seconds. This earned her a victory over Mary Carol White, who barely pulled second from the grasp of Cindy Carr in third.

After the thrilling racing, the club made its way to the Mad River Taste Place for an apres-ski party of hors d’oeuvres and tasty beverages. The club reconnected over memories of past glories and hopes for a great new season, and also welcomed some newcomers to the paddock. Thanks to the Taste Place for hosting such a wonderful party.

Well, the season is just starting, but it looks like old rivalries, new challenges and the unremitting tick of the clock are what’s in store for the brave racers of the Sugarbush Racing Club!