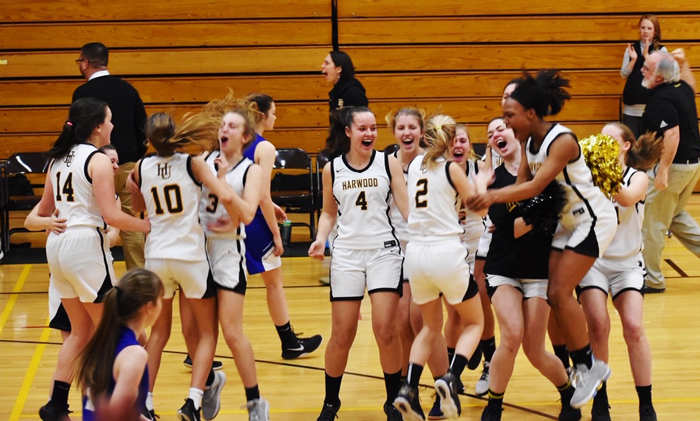 Harwood girls’ basketball defeated Lake Region 63-51 last Friday. This was an astonishing feat, seeing as the Times Argus ranked Lake Region the No. 2 basketball team in Vermont in a recent article. Tanum Nelson from Harwood led in points with 16. Ashley Proteau was next with 15 points, followed by Ashlyn Carst with 12 and Mia cooper with 10. Ella Gannon had 18 rebounds. “It was a total team effort,” said coach Tom Young. “We shut them out in overtime.” Proteau was the one who hit a long three-pointer at the buzzer, sending the team into overtime. The fans went wild. “It was one of the loudest games of the season,” said Young in appreciation of the fans.