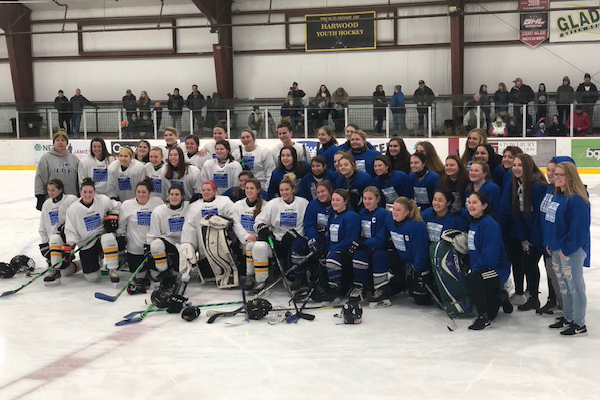 Harwood girls’ hockey played U-32 on Saturday, January 25, and raised $2,638.35 for charity. “We would like to thank everyone for the support and for making the Camp Ta-Kum-Ta charity game such a huge success,” said coach Michael Vasseur.

On Tuesday, January 28, the Harwood girls’ hockey team took on Middlebury. The final score was a tie: 1-1. No goals were scored in the first period. In the second period, Rachel Fernandez scored a goal assisted by Louisa Thomsen. From Middlebury, Bella Gale scored in the third period, assisted by Avery Gale and Hana Doris. Harwood goalie Kaylee Thayer had 30 saves, while Abby Hodson, Middlebury’s goalie, had 33 saves.

The Harwood Highlanders’ next game is at home on Saturday, February 1, at 3 p.m. against the Essex Hornets.