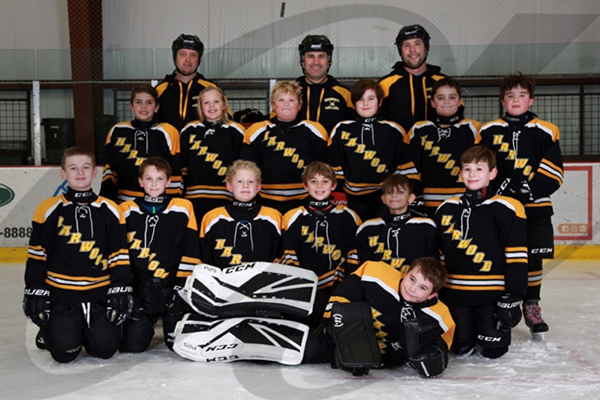 This past weekend marked the start of the state playdowns which are hosted by various hockey rinks all over the state.

The Ice Center of Washington West hosted the 10U (formerly known as Squirts) Tier 3 playdowns. The Harwood Youth Hockey 10U T3 team solidified its spot in the semifinal game versus Lyndon Area Youth Hockey Association scheduled to be played Saturday, February 15, at 8:15 a.m. at the BOR in Barre.

Highgate Sports Arena hosted the 10U Tier 4 playdown weekend, where HYHA 10U T4 team fell short in advancing but won their final game of the weekend over Essex Youth 2-1

Middlebury's Memorial Sports Arena hosted the 12U (formerly known as Peewee) Tier 3 playdowns. HYHA's 12U T3 advanced to the semifinal game against Northshire on Sunday, February 16, at 10:20 a.m. at the BOR in Barre.

The semifinal games are single elimination and winner goes to the state championship in Burlington the weekend of February 29.