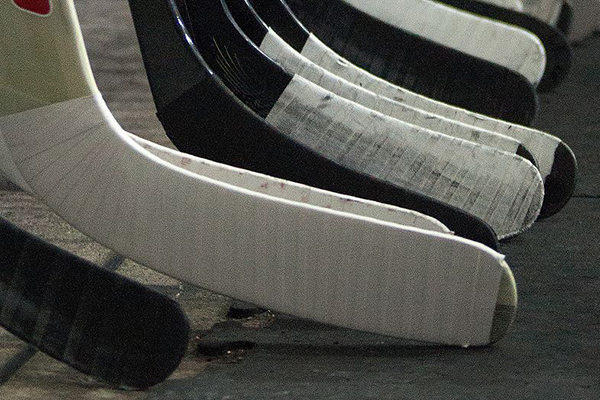 The Harwood girls’ hockey team lost two games this week. On Saturday, February 15, the girls played Spaulding, ending with a final score of 3-4 in overtime. In the second period, Harwood’s Rachel Fernandez scored two goals, the first one assisted by Reese Clayton and Eva Joslin and the second assisted by Louisa Thomsen and Reese Clayton. A third goal was scored by Harwood’s Kailie French with assists from Nichole Pappas and Clara Griffin.

Spaulding had three goals in the second period as well, one by Molly Parker and two by Rebecca McKelvey. At 3-3 with 1:01 minutes left in overtime, Spaulding’s Bria Dill scored an unassisted goal, securing the victory for her team. Harwood goalie Kaylee Thayer had 40 saves, while Spaulding’s goalie, Mattie Cetin, had 21 saves.

Earlier this week, on Wednesday, February 12, the Harwood girls’ hockey team took on BFA St. Albans and lost 0-2. At this game, Thayer had 22 saves and BFA’s goalie, Macie Boissonneault, had 14 saves. Both goals by BFA were scored in the second period. BFA’s Megan Connor scored first, assisted by Jodi Gratton and Kami O’Brien; then BFA’s Jodi Gratton scored, assisted by Chiara Skeels.

The Harwood Highlander girls’ gymnastics team entered the championships seeded eighth after finishing the regular season with a record of 1-6.

On Saturday the girls had a strong showing on their first event, floor. At the end of the rotation the Highlanders’ team score was 27.375. They then moved on to vault where they added another 27.45 points to their team score. The Highlanders headed to bars for the third rotation. It was here that the Highlanders struggled. The team finished bars with 18.9 points.

The Highlanders finished the day in fifth place with a team score of 105.50. They surpassed their team goal of winning sixth place at the championships. Champlain Valley Union High School won the championship, followed by Essex High School, St. Johnsbury Academy and Milton.