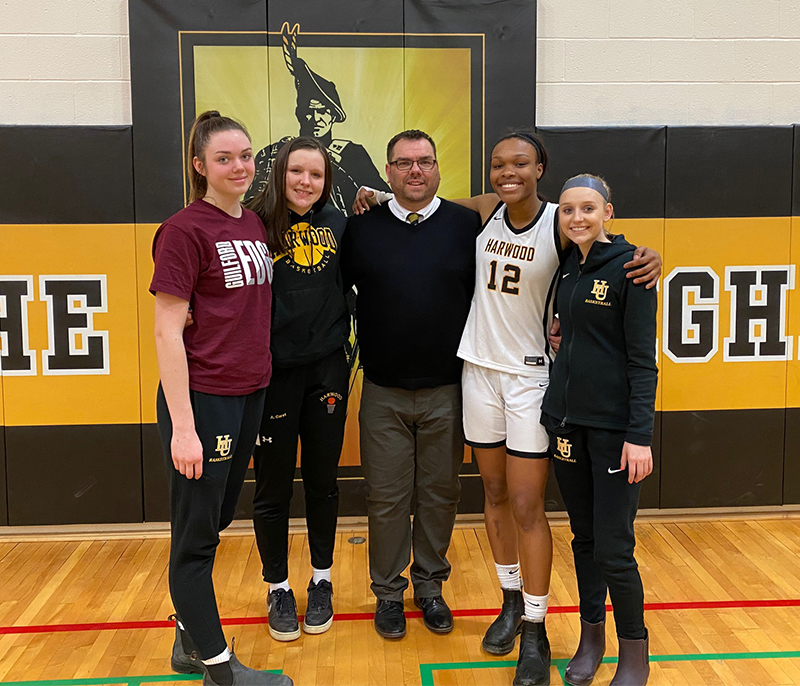 The Harwood girls’ basketball team won their last two games. On Thursday, February 20, the Highlanders beat Williamstown with a final score of 61-36. Mia Cooper led the charge with 18 points, followed by Ashlyn Carst with 13 and Ashley Proteau and Tanum Nelson with eight points apiece.

Now the Harwood girls’ basketball team has a season record of 15-3. If they win the last two games of the season, they’ll have the second seat for the playoffs.

Their last game of the season before the playoffs will be at Harwood on Saturday, February 29, at 12:30 against Randolph. “If we play our game, we’ll do well,” said coach Tom Young.

On Saturday, February 22, the Harwood girls’ ice hockey team beat South Burlington with a final score of 4-1. Harwood’s Sarah Garvin scored with 59 seconds left in the first period, with an assist from Lyric Smith. Harwood’s Clara Griffin scored another last-minute goal with assists from Racheal Fernandez and Eva Joslin with 47 seconds left in the second period. In the third period, Harwood’s Clara Griffin scored two goals, assisted the first time by Olivia Kaplan and the second by Halle Joslin. Also in the third period, South Burlington’s Sophia Richland had an unassisted goal.

On Monday, February 24, the team had its last game of the season before the playoffs. Harwood and Rice tied 1-1, with a goal from Harwood’s Racheal Fernandez in the first period and a goal from Rice’s Kylie Corley in the third. Fernandez’s goal was assisted by Reese Clayton and Louisa Thomsen.