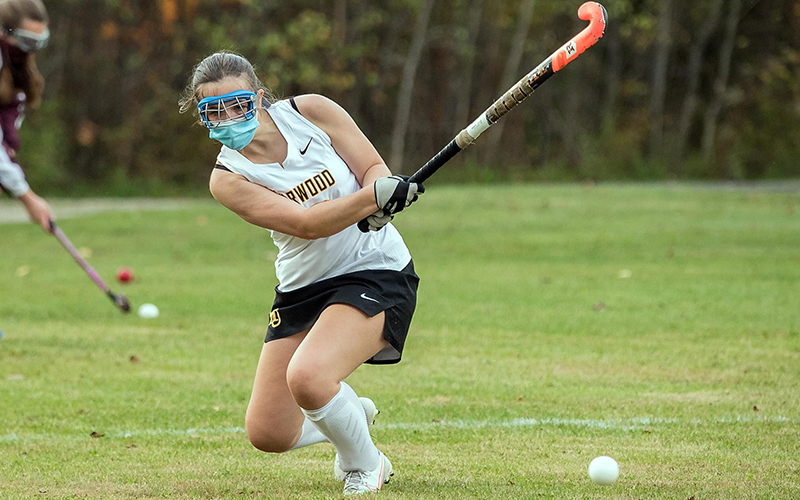 “MVU had several penalty cards where they played down a player and we tried to take advantage,” said Sophie Tretiak, varsity Harwood field hockey coach. “We’ll be working on passing with a purpose and spreading the play out over the field.”

In goal for Harwood was Kaylee Cameron with nine saves.

On October 5, Harwood played Lyndon at home and lost 2-1 in overtime.

Harwood’s Maggie Aiken scored in the third quarter. She was assisted by Rachel Goodwin and Izzy Hubble. From Lyndon, Sadie Bora scored with two minutes remaining in the game. Then Lyndon’s Jamie Fenoff scored again two minutes into overtime.

“We honored Harwood’s seniors, Kaylee Cameron, Gwyneth Clough and Charlotte Cook,” said Tretiak. “Kaylee played in goal and had five saves. Gwyneth and Charlotte both played in the midfield and helped us keep possession and move the ball up the field.”