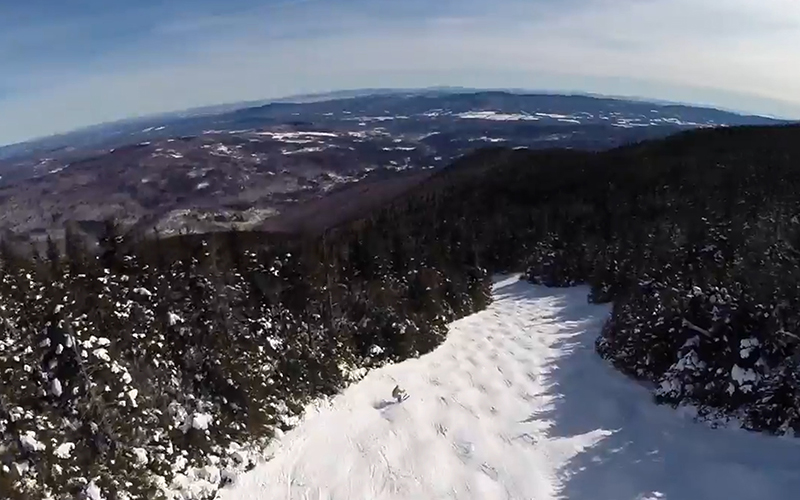 Mad River Glen cut off season pass sales on October 15 after strong sales led to concerns about prioritizing access to the mountain for shareholders.

Mad River Glen general manager Matt Lillard said the resort has had an amazing pass season and said that sales of shares in the skier-owned co-op were up significantly.

“We expected season pass sales to be popular. Leading up to the October 15 cut off we were way ahead of last year and way ahead of budget. We decided to pause and see where we were. We didn’t want to make that decision without warning people so we announced the cut off ahead of time,” Lillard said.

“It’s a positive thing if people are planning to ski more midweek when we’re less worried about congestion and capacity,” he said.

Mad River Glen shareholders can still buy a pass. The resort is not selling Mad Cards this year.

“There’s a lot of people who’ve obviously been thinking about it, have the ability to support the mountain and for whom it is important to have access to the mountain,” Lillard said.

Lillard and other mountain managers are waiting for guidance from the state on some things, including on-mountain capacity and base lodge access.

Mad River Glen is contemplating a Level 1-5 plan for being open with Level 5 being almost fully open (with appropriate social distancing in the lodge) and Level 1 giving skiers access only to the lifts and bathrooms.

“We’re waiting on final guidance from the state but we expect the lodge will be open with limited capacity and no loitering and milling around. People will need to pick up stuff, have a seat, eat and leave. If you don’t have a place to sit, you shouldn’t be there,” he said.

“There are a lot of unknowns. We have roughly 40% more passholders. We don’t know if they’ll use those passes the way people have in the past or if they’re using them as placeholders so they have access to the mountain for specific times. We’re working to build out how we plan for this. We know our carrying capacity at the mountain,” Lillard said.

Like other resorts, Mad River Glen does not plan to ask strangers to sit on the chairlift with strangers or ride with people who are not in their family.

Lillard said Mad River Glen would ask visitors to the mountain to follow the state’s travel guidance on visiting Vermont and quarantining.

“We’re asking people to follow the guidance. We can’t be an enforcement arm of the state,” he said.

Finally, he reported that the Basebox reconstruction project is right on schedule and should be finishing in early November.