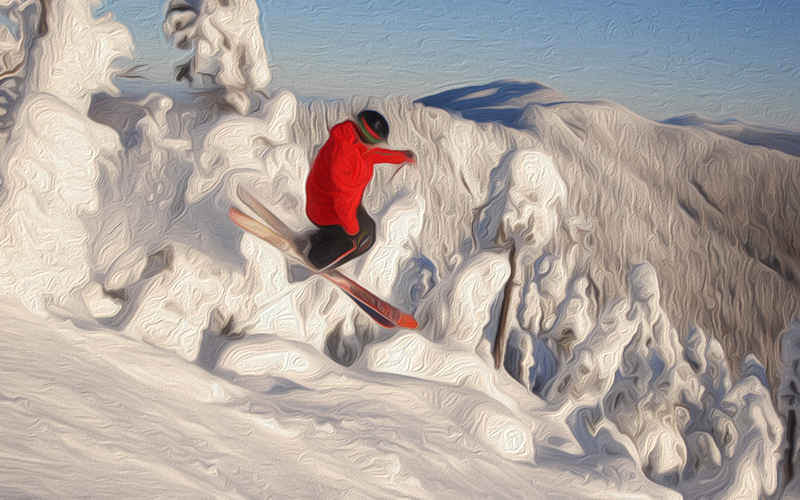 How delightful to ski Organgrinder on opening day on December 10. In my mind, Organgrinder is a midseason kind of trail. It is steep enough in spots to get your attention. More so than the pitch, the challenge on Organgrinder is the constantly varying fall line. The falling line drops precipitously off to the left when you get below the Spillsville entrance. It crowns in the center and offers fleeting areas of flat terrain to the skier’s right.

As I tried to get two skis to carve consistently on this rocking boat, I remembered a conversation about this fall line that I once had with a master of adaptation to fall line. The breakthrough concept that I learned from watching John Egan was to “not move my skis.” That may sound odd but stick with me here. To “not move your skis” is as much of a mental phenomenon as it is a physical movement.

Decisions must be made at a brisk pace while skiing. If the decision-making process is something like: “I want the skis to carve on the soft snow, up high and around that ice patch” and you apply all of the appropriate actions to do that, you are going to be late and will end up skidding across that ice patch.

The proposed thought is: “I want to move the body to be in the right place to ski around that ice patch.” The skis will obey by carving on the soft snow. You see this move made by racers all the time in between gates.

There is not enough time to decide or to act to “move the skis.” It is only a difference in priority of the thought process, the first thought and action must be to move the body. If the first thought is to “move the skis,” then the body is left behind. If the first thought is to move the body, there is a much better chance of being in the right place to bend the skis advantageously and efficiently in the fall line. The skis, with highly developed sintered bases, prepared with advanced formula wax that provides maximum glide for the temperature range- are going to be downhill, there is no doubt about that. The real question is whether the body is going to be in the right place at the right time.

I have been trying to uncover the right off-slope analogy that would explain this concept. The best one that I can think of is the feeling that you get when standing in a moving train. The train accelerates or decelerates, and your feet remain planted while your body flows backward or forward by just a bit.

When the train accelerates, you are thrown backwards, off of center just a bit. The internal gyroscope seeks to re-center. Your ankles and knees allow the body to do just that.

The natural sensation on the massive platform of a train can be adapted to the solid platform that is created by “hooked-up,” carving skis. The feet are solidly riding that mass of train just like they are riding that solid, carving pair of skis.

On the train, you adjust the body to re-center yourself. If you amplify that sensation, you can imagine the movement that would work on rapidly accelerating and carving skis. Take away the sleepy image of train riders and replace it with the rush of cold mountain air, blowing snow, constantly and rapidly shifting fall line and snow conditions. Now ride that train!

Winter begins on Monday with the winter solstice. Wishing everyone the relief from these darkest of days that comes with the return of the light.