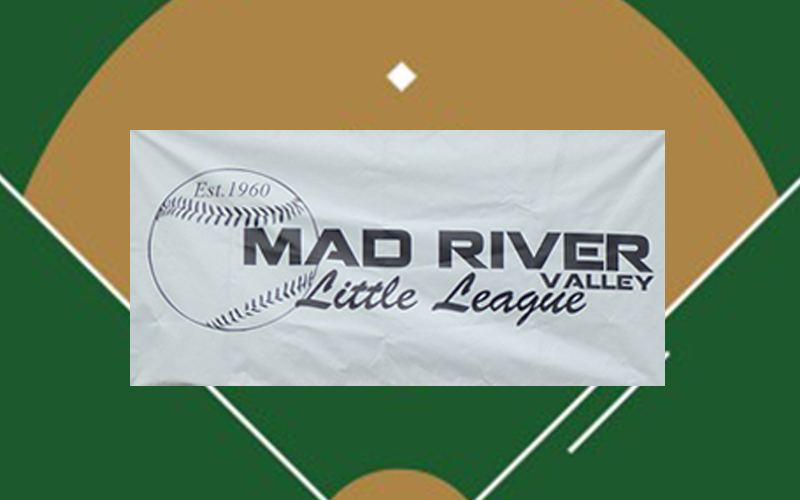 The tournament will include seven teams from St. Johnsbury, Cal West, Mad River, Central Vermont, Barre, Lyndon and the Champlain Valley. Players competing will be ages 10-12 years old and they will be playing baseball during the July 5-July 19 event. The format will be a double-elimination tournament.

These seven teams compete to win the District 4 championship and the winner of the tournament competes at the state level for the state title. That event is held in Bennington.

“The winner of that event goes to regionals and then the LL World Series (long shot, but would be very exciting!” said spokesperson and organizer Breann Vansolkema.

The Snack Shack at Couples Club field will be open before, during and after each game.

Tournament directors are Mike Nagle and Ray Pickett, both of Waitsfield. Local teams will be wearing new uniforms made by Beavins and Sons of Barre.