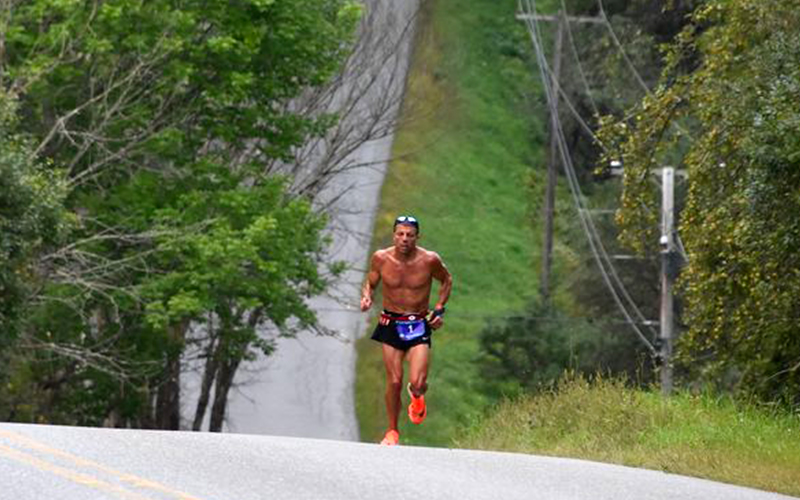 Despite the surge in COVID cases, healthy runners from all over the United States arrived in the Mad River Valley this past weekend. According to race director Dori Ingalls, it was the best race ever thanks to a warm welcome from the community. “Although 850 runners had previously signed up for the Mad Marathon, Mad Half & Relays, 300 deferred to next year and 200 of the remaining 550 decided not to travel. Either they were COVID traced in quarantine, not eager to pay for expensive flights along with rental cars, young children that were not vaccinated, for lack of training and more. Despite the lowest numbers in the history of the 10-year event, I, along with the runners and other folks felt that it was an epic event,” she said.

“Our Lawson’s Finest Concert in the Mad River Green with The Grift on Friday evening welcomed a huge crowd of locals along with runners who enjoyed music and dancing along with a Worthy Burger meal and Lawson’s Finest beer. Saturday the Waitsfield Farmers Market with a host of vendors was well received with rave reviews from runners. At sunrise on Sunday, runners were welcomed by legendary announcer Peter Graves and after the National Anthem walked up Route 100 to the start line. That was when life finally felt that we were approaching a lovely new normal,” she added.

“The weather was perfect and unlike the July summer temperatures, the cool beautiful fall day set a new men’s Mad Marathon course record by Eric Lipuma of Richmond, Vermont, with a time of 2:33:52. Another Vermonter, Clara Miller from Winooski, was first in the female division with a time of 3:36:28 and was also 18th overall.  The men’s Mad Half was won by John Caulfield from Durham, New Hampshire, in a time of 1:24.05. Christian Hall of Plymouth, Massachusetts, won the women’s Mad Half with a time of 1:35:40 and also placed fifth overall,” Ingalls reported.

“The Mad Marathon would not be possible without the generous support of our residents. I would like to thank our sponsors, volunteers and the entire Mad River Valley community for embracing the marathon weekend. Standing at the finish line welcoming runners on Sunday was extraordinary along with emotional for everyone. With so many obstacles facing us in a world gone crazy, these runners were so happy to be able to compete again, that I was consistently hugged, thanked, told that The Valley was gorgeous, the aid station hosts were awesome, the marshals amazing; it was their best marathon ever. Rave reviews followed on Facebook, Front Porch Forum and other social media,” she added.