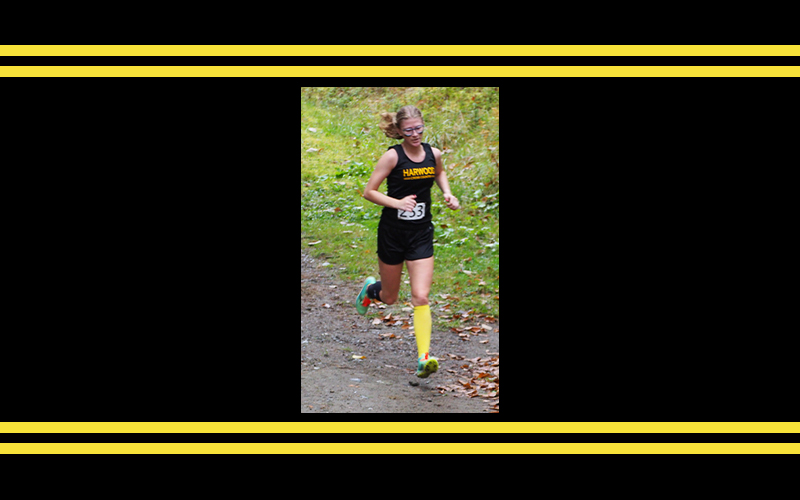 The Harwood Highlanders’ girls’ cross-country team finished a strong season with a state championship win at Craftsbury. Senior superstar Ava Thurston was absent as she was training at the elite U.S. Ski Team camp in Utah, but her teammates stepped up to the plate and took home the win. The boys’ team took third place. Both teams will compete against other top-rated teams at the Division 1 meet held at Riverside Park in Underhill on Friday, October 22.

The boys’ golf team finished fifth at the state championships in Manchester.

The boys’ soccer team defeated U-32 3-0 under the lights last week. Senior Day at Harwood is Saturday, October 23.

The Harwood Highlanders’ girls’ soccer team was met with their first loss of the season, 1-3, vs. Stowe on Senior Day at home, after defeating Green Mountain Valley School (GMVS) handily 12-0 last week. At Senior Day, the Harwood team announced, “As student athletes at Harwood Union, we want to acknowledge and recognize the racial and sexual harassment acts that have gone on throughout the state of Vermont with the Hartford women’s soccer team, the Burlington volleyball team, Winooski men’s soccer team and our own athletics programs… We wear these armbands in support and want to make it known that we stand with you… Like Mary Harris said, ‘So, I ask you to be kind. Be compassionate. Be respectful. Be selfless. Because without kindness, what’s the point?’”