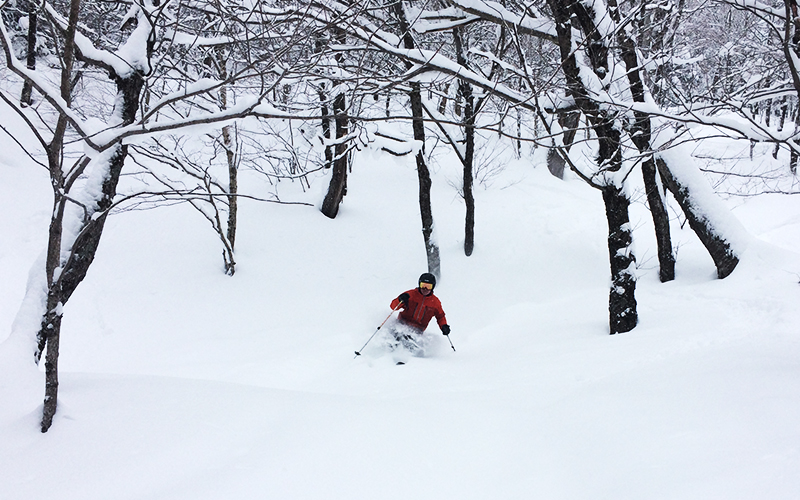 Mad River Glen (MRG) is offering a new backcountry program for 14- to 18-year-olds, led by Kel Rossiter. Rossiter, Burlington, is a certified backcountry guide with the International Federation of Mountain Guides Associations. He is also an avid rock and ice climber. He started lift skiing at a young age. His family lived in Connecticut for a time (they were a military family) and took ski trips to Vermont.

On the first trip, Rossiter broke his left leg. On the second trip, he broke his right leg. But he wasn’t deterred. When he moved to Washington State, he joined a group that took a bus every Saturday morning to resorts two to three hours away. He received some instruction, dabbled in racing, then moved to Virginia, where skiing was virtually nonexistent. He relocated to Vermont in 2003, tried telemarking, but ultimately discovered a passion for backcountry skiing. He’s skied in British Columbia, Alaska and throughout the Pacific Northwest, and now brings his expertise to the Mad River Valley.

Rossiter and Dave Knoop, ski school director at MRG, have been talking about starting a program at the Fayston resort for about a year. “Back country is getting so popular,” Knoop said, “We wanted to offer our kids a way to safely learn about backcountry skiing. There’s a lot more to it than lift skiing. We want to make sure kids are educated before they head out in the backcountry.”

Knoop explained that MRG’s ski school program, which includes roughly 250 kids of all ages, historically has had two main options for kids who want to continue skiing as they get older –race or join the freestyle skiing team. “We wanted to start a third level to grow into,” he said, training kids to become backcountry guides and patrollers.

This year, the program will begin with three Sunday sessions with groups of up to six students. Depending on the number of kids signed up, organizers may send out multiple groups of six, led by Rossiter and other qualified ski patrollers. The program is intended to introduce young skiers to the world of backcountry skiing and will be tailored to the groups’ experience and comfort levels. “I have a feeling it will be students with a diverse set of skills,” Rossiter said.

Rossiter and Knoop are working on a model for next year that will involve an eight-week program that will “cover everything from how to pack for a ski tour and fundamentals to track-setting strategy and mountain safety,” Rossiter said. The goal is, by the end of the program, for students to be “fairly experienced with uphill and downhill travel.”

“Backcountry skiing can appeal to a variety of interests,” Rossiter said. “It’s a great way to travel through the woods, observe wildlife -- the quiet -- and it’s efficient. You can cover more terrain” than regular downhill skiing. “It’s a way to take ski skills and translate them to a wilder country with more fresh snow.”

There are many factors to explore in the world of backcountry, he said, including snow science, nature and navigation. “For folks interested in glaciology there are certainly things to learn.” He said tree skiing has become much more popular in the Northeast in recent years and says “trees keep the wind down and the snow fresh. You can learn skills you can use anywhere in the world … I always heard of the legends and traditions of Mad River Glen. It’s neat to bring a new generation to it and create new traditions.”