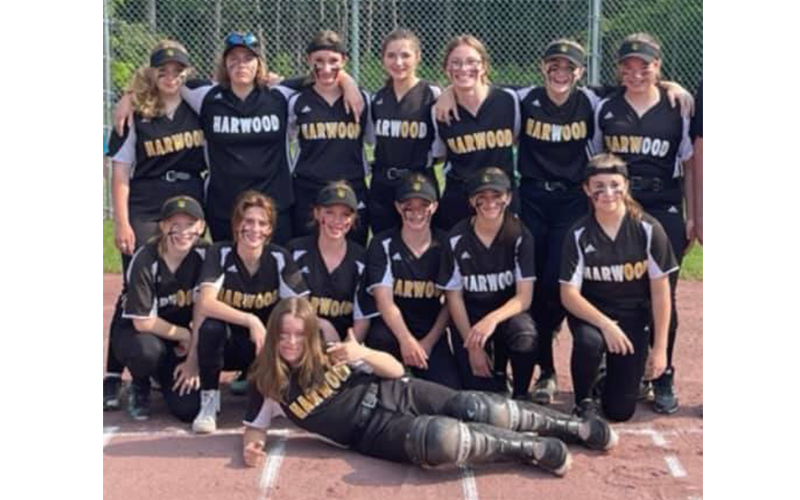 Harwood’s girls’ tennis team is on a roll -- three wins in a row. On Tuesday, May 31, it faced its first playoff match, winning all seven matches against Hartford.

The win follows two victories in the past week, 5-2 against North Country and 5-2 against BFA. The Harwood team ended its regular season with a 5-9 record. Last week the team celebrated seniors Anna Alberghini and Claudia Derryberry.

The Highlanders travel to Manchester to play number two seed Burr and Burton Bulldogs on Thursday, June 2, at 3 p.m.

Harwood’s girls’ lacrosse team has had some tough matches in the past week, narrowly losing to GMVS over the weekend, 12-13. “Harwood and GMVS went back and forth in the first half, tied at seven going into the second half,” Harwood coach Hillary Wheeler said. “Harwood put two goals in the first 60 seconds of the game, Ava Thurston (six total) and Maggie Aiken (one). Lindsey Boyden powered in three goals, Anna Kudriavetz one and Sadie Nordle one. Abi Leighty had four saves. Harwood would again score first early in the second half. HU and GMVS would continue to go back and forth, Molly Queally carried the Gumbies team with nine of their 13 goals, Hazel Harris had two, Parker Crawford one, Sequioa WatheR with one.”

The battle against GMVS came just one day after Harwood’s senior game, a close 13-11 loss to Stowe. “In a hard-fought battle Harwood came up short against Stowe. It was a back and forth game for the majority of the game,” Wheeler said.

“Harwood would like to thank all of the families, fans, and supporters we have had this season. We would also like to thank our athletic director Chris Langevin for the continued support and the best athletic trainer Dani Laflamme. Assistant coach Dana Robbins added a new addition to the team this spring -- a baby girl River Robbins! Shout out to our eight seniors who have brought athleticism, skill, and heart to the Harwood program in the past few years. Anna Kudriavetz, Maggie Aiken, Ava Thurston, Izzy Hubble, Taitiana Heitnts, Josie Rand, Rubi Murphy and Ameli Kruger have been amazing teammates and players this season.  We will miss them greatly next season but wish them luck in their next adventures!”