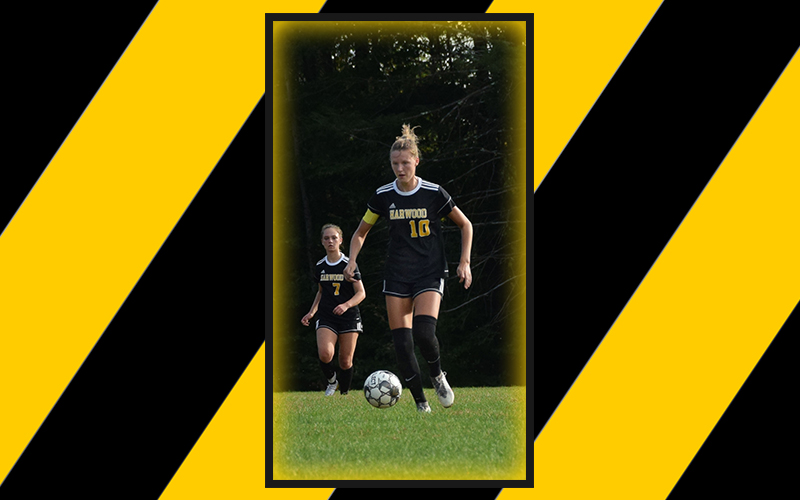 Nelson is the first Harwood girls’ soccer player to be chosen by Gatorade in its 37 years of honoring the nation’s best high school athletes. Announced on Thursday, the award recognizes athletic excellence along with academic achievement and exemplary character both on and off the field.

The recognition makes Nelson, of Duxbury, a finalist for the Gatorade national player of the year honor expected to be announced soon.

The 5-foot-9 midfielder scored 35 goals and passed for 14 assists last fall, leading the Highlanders (14-2-1) to the Division II state semifinals.

A United Soccer Coaches All-American, Nelson was named Player of the Year by both the Burlington Free Press and the Times Argus newspapers. Also, a three-time Capital League Player of the Year, she finished her high school career with 103 goals.

Harwood varsity soccer coach Mike Vasseur found Gatorade’s choice well-deserved. “Tanum is an incredible athlete and soccer player. However, it is her love of the game and competitiveness that set her apart. She never gives up and actually loves the challenge of being man-marked,” he said. “You want Tanum on your team because playing against her is a huge challenge. We are super excited to see how she does playing in college.”

Stowe High School girls’ soccer coach Tyler Post echoed Vasseur’s assessment. “Tanum Nelson is an absolute nightmare to play against,” he said. “She’s tall and fast with a high work rate, and she’s aggressive both offensively and defensively. From an opponent’s perspective, she is not the player that you ever want to face with the ball at her feet.”

In addition to her success on the soccer pitch, Nelson has been one of Vermont’s top Division II girls’ basketball players in her high school career.

Off the field, Nelson maintained a 3.41 GPA and was a member of the National Honor Society. She volunteered on behalf of her school’s chapter of the Rooted Organizing Community, a youth-led social justice initiative.

Nelson is headed to Cornell University this fall where she plans to continue her soccer career.

Through Gatorade’s Play It Forward program, Nelson has an opportunity to award a $1,000 grant to a local or national organization of her choosing that helps young athletes realize the benefits of playing sports. Nelson is also eligible to submit a short video explaining why the organization they chose is deserving of one of 12 $10,000 spotlight grants, which will be announced throughout the year.

Learn more about the program online at playeroftheyear.gatorade.com.

Reprinted courtesy of Lisa Scagliotti of the Waterbury Roundabout.