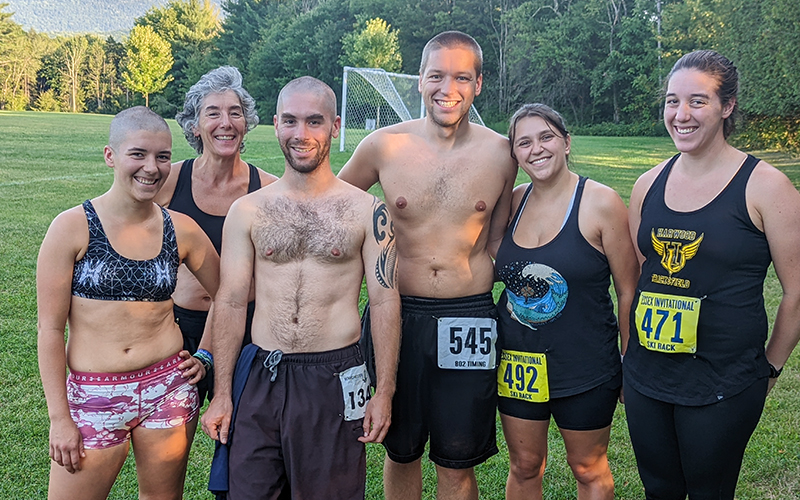 The air was still and muggy but the runners that showed for the last Fun Run of the season were fresh and excited to run this week on August 29.

The Cutler family from Cobb Hill in Moretown was out in force in the hot and sultry conditions. Matriarch Heidi was an honor student during her time at Harwood. Although she was never part of Kerrigan’s Army, she produced four runners who were. Heather, Nathan, Mathew, and Nicole ran both cross country and track for the Highlanders from 2004 to 2016. They brought along an honorary Cutler, Mathew’s friend, MaryJo Samojila of Maynard, MA.

The Cutler siblings were a part of dozens of Vermont track and field, Nordic and cross-country state titles during their tenure at Harwood.