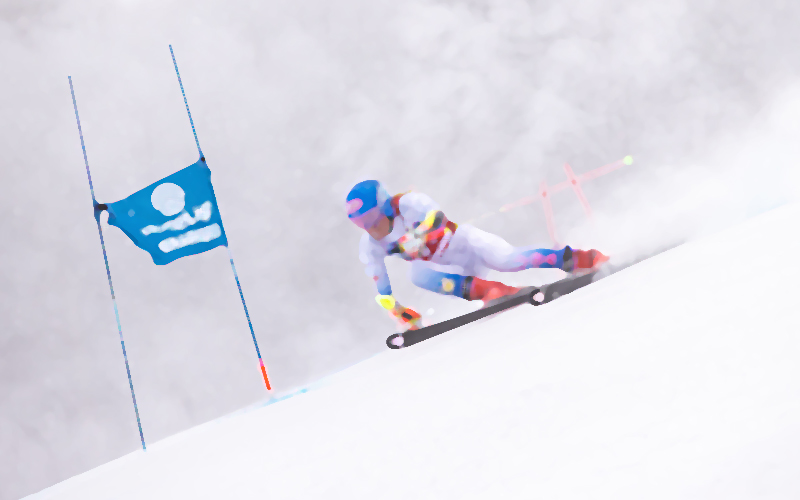 Killington Resort will host the women’s Heroic Killington Cup races, a stop on the Audi FIS Ski World Cup tour, November 25-27. On November 16, International Ski and Snowboard Federation (FIS) gave the go-ahead for the race after a long stretch of unseasonably warm temperatures.

“I can confidently say that the entire Killington community is excited, and maybe a little relieved, to hear the news of FIS approval for racecourse snow preparation, giving the green light to bring world class elite ski racing to the East Coast. After such a warm fall and with several races canceled elsewhere in the world, receiving the FIS approval is a testament to Killington’s powerful snowmaking system and expert team,” said Herwig Demschar, SVP of international business development at POWDR and World Cup local organizing chair in a press release. “The sixth iteration of the Audi FIS Ski World Cup will be another incredible weekend of competition and camaraderie. Athletes from more than 20 countries are on their way to the Green Mountain State in the coming days, and the resort, POWDR, and Killington community are delighted to welcome them all.”

“Mother Nature is unpredictable, which is why Killington Resort has developed a world-class snowmaking operation. Our system and team need approximately 100 hours of snowmaking to prepare for the World Cup,” Kristel Killary, Killington/Pico Ski Resort Partners brand marketing and communications manager, said.

An email from Daniel Kitchen of PR/communications firm Elevate, which represents Killington, said, “With approximately 160 snow guns in total (for general snowmaking at Superstar and North Ridge), the Killington snowmaking team intensified their focus on Superstar with 120 guns spaced 18 feet apart (as compared to the usual 50 feet) to maximize snowmaking on the World Cup course over the past few weeks. Typically, they start building the course with three tractors as soon as there’s enough snow. They’ve had up to four machines on the trail at one time. Grooming spreads and compacts the 4-plus feet of snow made across the trail to a minimum of 18 inches. Snowmaking volume gets reduced when it gets compacted. Total machine hours spent on the build can range from 150-300 hours and sometimes more. They dedicate three winch Cat operators to the build and have a dedicated rep from the ski team (Tom Johnston) who rides along with the operators each day for the entire build.

“Sometimes they need to add water to the course, which the officials decide on. When this happens, they then need to groom in the wet snow before it freezes. Water added allows the surface to be as hard as possible. If it still is not hard enough, they will inject water after it’s groomed. There are three to four additional operators from the department for set-up support, running cats (haul cats) with baskets and forks to move around supplies and multiple other types of equipment (loaders, forklifts, skid steers). They use clean cats and dirty cats or move materials (B-netting, air fence, scaffolding for cameras, tents, start ramps, generators, etc.) with the other equipment so that the clean cats can move materials on the course. Start to finish, it’s about two to three weeks of machine operation in some capacity.”