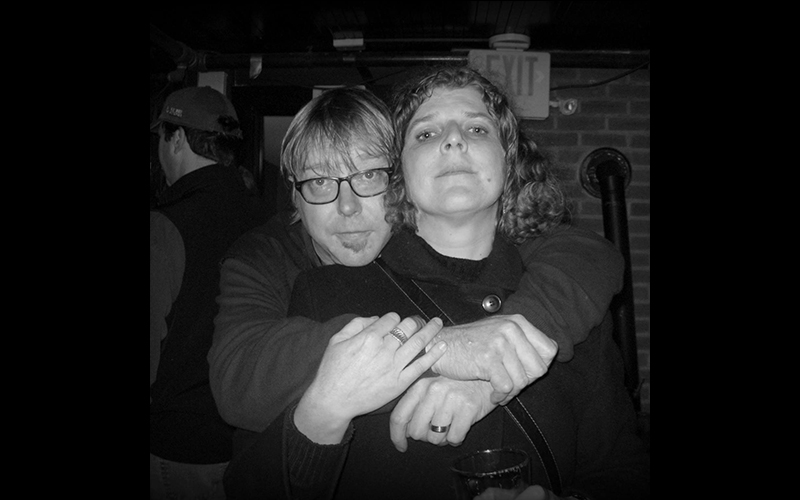 A former Valley Reporter employee and Waitsfield resident, Chris Stecher, and his wife Kat Tosi are locked down in Shanghai, China, as that country struggles to contain Covid-19.

Stecher worked for The Valley Reporter as a graphic designer before moving to China some eight years ago with his wife who teaches English as a Second Language. Stecher is the editor of Precis magazine.

The couple, and their pets, is among the 25 million people currently on lockdown in Shanghai. The lockdown has been underway for almost three weeks.

“Basically, what happens is that, initially three times a day, and now two times a day, a guy in a mask shows up morning and afternoon and shoves testing kits in your hands and you have to swab both nostrils, put the swabs in the kit and hand it back to him,” Stecher said. “If you test positive, you’re taken away to a quarantine center. That’s what I’m hearing,” he added.

As for food, they are receiving government food deliveries. That used to happen twice a day and is now happening once a day in one bundle that Stecher said is 90 percent vegetables.

In a recent Facebook post, he posted a picture of Chinese lettuce, delivered by the government worker – something he said was a staple of Chinese cooking. In his post Strecher – who is an accomplished cook - noted that he made eggplant parmesan with it and said it was sort of like a broccoli stem. It is one of the staples in what the government leaves at their door and he planned to deep fry it the next time it showed up.

“The food is very basic staples. Every once in a while they’ll throw in whatever meat they can get their hands on,” he explained.

They used to be able to get dog and cat food with their government deliveries but that stopped and their upstairs neighbors have been sharing the pet food they’ve been able to get by bribing the guards at the gate of their complex.

They tried ordering food to be delivered but it got stopped at the gate of their apartment complex.

Asked about things beyond very basic staples, such as cigarettes or pet food or beer, Stecher explained that there’s a healthy black market accessed through one’s housing complex.

“There’s a neat little black market here that I’m writing about. Everybody’s got a house mother. They’re basically like an RA in a college dorm. It’s good to be on good terms with your house mother. Ours speaks no English and I don’t speak Chinese, but we communicate through a chat app. We do little trades when we need things,” he said, noting that that is why, despite saving some money on not buying groceries, they’re not saving that much!

“It’s very nice to have the house mother on your side,” he added.

Asked if they were getting cabin fever, Stecher said, they were, to some degree. But he also said they had no intention of trying to go out.

“We’re staying in. I’ve got a friend who tried to go out. There’s been some rioting and it gets put down very quickly. Covid rates are pretty high,” Stecher said.

He said he tried to go out on his porch the other day and was shouted down.

Stecher and many ex-pats in China use Facebook to stay in touch with friends and family and also each other. He said that China has eased its restrictions on people accessing the social media platform.

“If they shut that down, they’d have a riot on their hands. It would be anarchy,” he added.