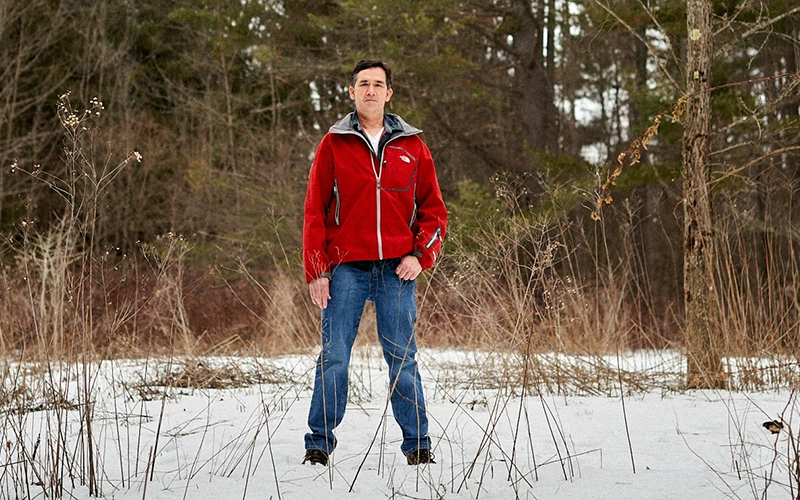 Jim Budis became interested in geriatric medicine while working in a long-term care facility in New York City. Budis, now the hospice and palliative care manager for Central Vermont Home Health and Hospice, said that while working as a nurse (and subsequently becoming a geriatric nurse practitioner) he found himself dealing with a lot of end-of-life issues.

He said that that work led him to the realization that elderly people and their families can get caught up in the cycle of the medical system such that someone’s parent is hospitalized for pneumonia, discharged and then re-hospitalized again for another ailment or the same ailment, being intubated, and then discharged again only for the cycle to repeat itself.

“I recognized that there was a real need for improved care for people who are dying and who are facing end-of-life issues and talking about palliative and hospice care lets patients and their families put that cycle on pause,” Budis said.

He said that palliative care teams in hospitals help identify people who are caught in the cycle and team members talk to people about their goals and how to stop the cycle if they want.

That leads to better symptom management but also better, more open communication with patients about their end-of-life care, he pointed out.

Over the course of his 30 years in nursing, Budis earned a master’s degree in public health and master of science in nursing in addition to his NP degree. Fifteen years ago he transitioned in health care administration working in leadership roles in Addison and Chittenden counties before joining CVHHH. He and his family moved to Vermont in 2012.

While his day-to-day work no longer involves hands-on patient care, he is very engaged with the care that CVHHH provides for its patients and their families.

“I handle the day-to-day management of the entire hospice interdisciplinary team, which includes nurses, social workers, spiritual care counselors, LNAs, the bereavement coordinator and the volunteer coordinator,” he explained.

CVHHH has 50 to 60 volunteers who help patients and families.

“Every patient is offered volunteer services. Volunteers do things like food shopping, provide companionship, respite for a family member who needs a break or needs to go to an appointment. They may read to people or play cards,” Budis said.

“That home care team may identify a patient who is in home care but facing end-of-life issues. Someone may be undergoing aggressive treatments, for those with end-of-life issues facing them but aren’t ready for hospice, we have this middle program of palliative care. It’s a bridge to hospice and those patients will get a hospice nurse and a hospice social worker, ” he said.

He said that not everyone ends up in hospice as some patients get better. But for many having a hospice nurse and social worker helps people with symptom management and establishing end-of-life plans.

Budis said his staff works hard to communicate effectively with patients and their families about end-of-life issues and plans. He praised a UVMC program called Talk Vermont which is run by the medical center’s palliative care department and offers year-round training for end-of-life communication for nurses, social workers, Pas and others.

“The goal of care is trying to understand the patient, where they’re at, and helping them make medical decisions going forward,” he said.

He stressed the fact that the work his team does is very much a team effort. “Hospice at its core is a team approach and it’s important that people see it as a team. It is a team of professionals that works to meet the physical, emotional and spiritual needs of the terminally ill patient as well as their loved ones, family and caregivers,” he added.