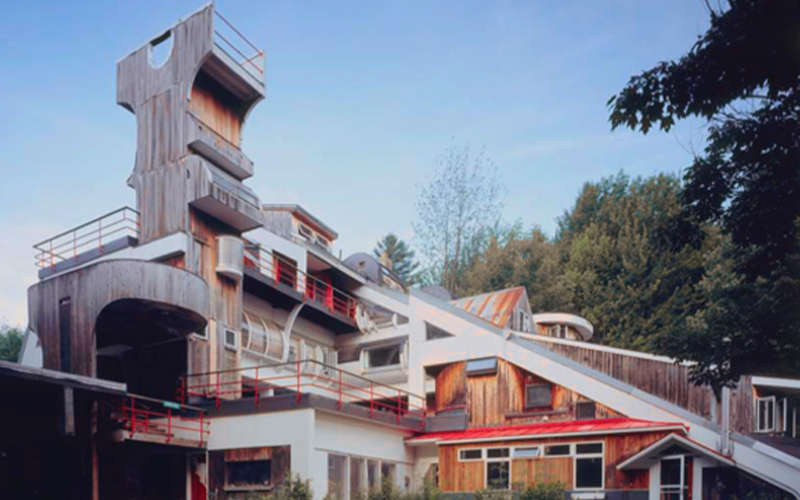 The interactive housing exhibit at the Madsonian Museum on Bridge Street in Waitsfield continues and museum founder and director David Sellers encourages everyone to stop by and weigh in on where housing should be developed in The Valley and to offer feedback on roadblocks to housing.

The interactive show is open again this weekend Saturday and Sunday from noon to 4 p.m.

The housing show features not only some of the unique housing concepts in The Valley over the past 50 years, but also futuristic master plans of Vermont’s biggest cities -- Burlington, Montpelier and Waterbury -- a sprawl-free concept by Norwich Architecture School students showing concentrated development in the rail towns along the Amtrak route from White River to Burlington.

“The most interesting aspect of the exhibit was the interactive maps of the Mad River Valley and Waitsfield. They included growth center locations as identified over the years, as well as existing settlement concentrations,” Sellers said, of the opening on Maya 13.

Visitors were encouraged to locate pins where they thought new housing could occur. Posters with thought-provoking questions -- “What are roadblocks to housing in The Valley?” “What about Irasville?” -- were placed around the museum for comments and suggestions.

“The overall idea regarding increased rental and ownership housing in The Valley was strongly supported, and the inherent challenges to increased housing were acknowledged. Issues such as lack of available building land, cost of construction, town real estate taxes, proximity to services, walkability, and sense of powerlessness amidst complicated regulatory structures came across,” Sellers explained.

Among the questions posed were these: “Who will get more housing built? When can we see examples? How much will new concepts cost, where should they go, and how many new structures are enough?

“All these issues were combined with a sense that the stand-alone house on 1 acre or even 5 acres is not the future for housing,” Sellers said.

On the other hand, he said, community-oriented, walkable development surrounding ample public spaces is the future.

“Young people, especially, do not need or want as much space, and are more focused on building accessible, affordable communities,” he explained.

Sellers detailed some of the conclusions drawn from the opening of the exhibit and the first weekend noting that there isn’t a vehicle or tool in place in The Valley where large-scale visions can be executed. The zoning laws outline density and various standards but have no vehicle for execution. Some proposed changes included: