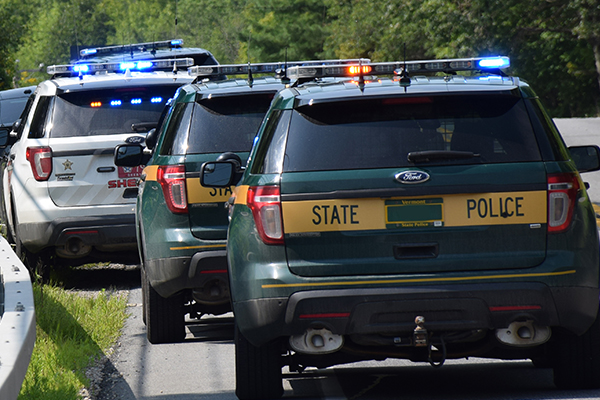 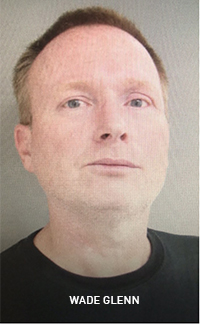 A Warren women’s car was stolen/carjacked on August 30 by Wade Glenn, 46, Burlington.

Melanie Hall, 37, was driving on West Hill Road when a man walking up the middle of the road flagged her down asking for help at 11:30 a.m.

Thinking he’d been in an accident, she pulled over and rolled down her window. He asked her to take him to the nearest store and climbed in her back seat and then attempted to crawl into the front seat, Hall said. She yelled at him to stop and get out and he again tried to get into the front seat and succeeded.

When he began moving toward her in the driver’s seat, she said, she jumped out of the car and ran down the road shouting for help while he drove away in her car. She contacted the police and using the Find My iPhone app, her car was discovered and Glenn was arrested in Brandon.

He was arraigned on charges of operating without the owner’s consent on September 3 in Vermont Superior Court Washington Criminal Division. The Washington County court clerk said that bail was set at $5,000 even though Glenn was released shortly after his arrest and processing. The clerk also said that a plea of not guilty was entered and that a public defender had been assigned. The $5,000 bail was an appearance bond.

Glenn has a prior history of criminality including charges for burglary, robbery, kidnap to facilitate a felony, aggravated assault, simple assault, unlawful restraint and false imprisonment, according to court document from Morrisville, PA.