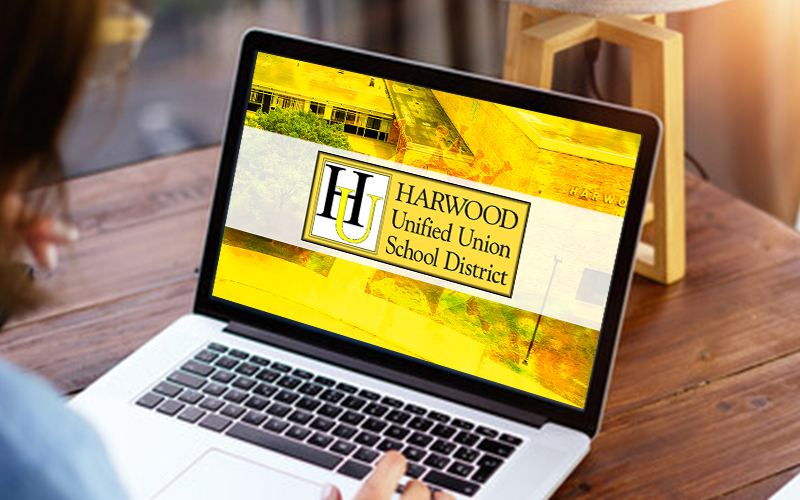 Last month the Harwood Unified Union School District (HUUSD) Board lost board member Jacqueline Kelleher, Waterbury, over its inability or refusal to provide a Chromebook or other digital device for her to conduct board work.

Board chair Kristin Rodgers, Moretown, acknowledged that the issue of providing board members with digital devices had not come up in the past, but is something the board may now need to consider.

That prompted The Valley Reporter to query other Vermont school districts about the question of providing board members with devices for board work. The list of school districts in Vermont is extensive and the methodology used for surveying districts was neither comprehensive nor scientific. Staff called and emailed 12 to 14 school districts and received responses from a handful.

Lamoille North Supervisory Union does provide digital devices to board members as needed according to Brian Pena, director of information technology.

At the White River Valley Supervisory Union, technical director Raymond Ballou reported that the district does provide digital devices to its board members as needed. District board chair Andrew Jones said the district does not have a policy related to conducting board work on personal devices. Board members may request a device from the supervisory union if they would like one. He said board members are supposed to use the email addresses provided by the supervisory union for board communications, but there aren't any limitations for what devices to use.

The only no response from the responses received came from the Windham Southeast Supervisory Union.

The Valley Reporter also reached out to Sue Ceglowski, executive director of the Vermont School Boards Association, who said she was aware that the issue had come up at HUUSD. She said her organization did not currently have a policy for, but that she would be discussing with her board.

HUUSD Superintendent Brigid Nease was asked about how the district manages its Chromebook and iPad supplies and how/when they are disposed of or recycled.

“I do know that the district needs to get rid of unusable and broken computers and other technology from all seven campuses and the central office in an approved waste manner. Students are all 1-1 plus staff, so we manage approximately 1,850 devices annually,” Nease explained.

Every year we have a disposal plan required by our practices. Chromebooks can stay in operation for approximately five years. After that, the warranties expire and the machines are not supported; it is more cost effective to cycle in new ones. We had approximately 513 Chromebooks picked up by CVSWD last summer. No ARPA funds were used to purchase any more computers. Our ARP ESSER plan is publicly available on our website. ARP or ESSER funds were not used to purchase any hardware for our district,” she added.

Nease said that only students and district employees are provided devices. They are not issued to contracted providers, such as outside behavior interventionists, etc. The district uses Chromebooks, HP, Macs and some other tools depending on what the individual role of the employee is, what they need to do and what software needs to be run on the machine.

“They all vary in price. The student Chromebooks cost approximately $400-$500 and the regular adult $600-$700. The pandemic has created a major issue for supply and demand and our devices are no exception. We regularly received partial orders and had trouble getting some orders filled,” Nease noted.