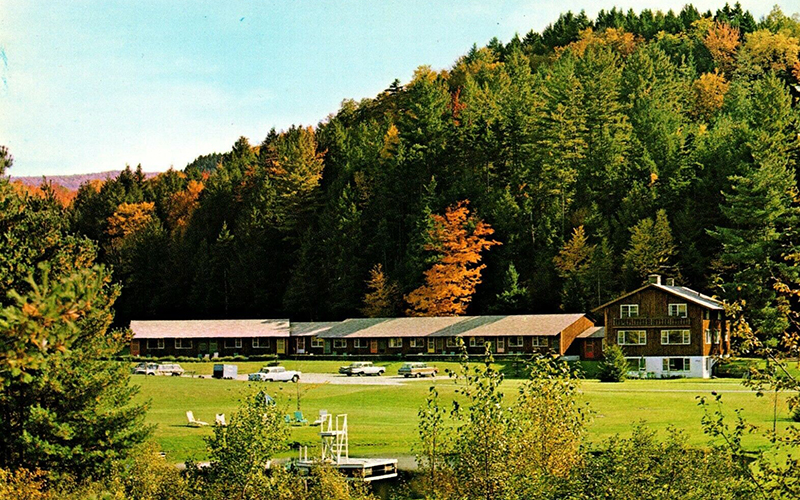 The former Mad Bush Lodge, Waitsfield, later the first home of John Egan’s Big World lodge and restaurant, has been purchased by Jonny Adler, Stowe, and will be rehabbed and reopened as an inn and restaurant.

Adler purchased the property in November and will begin the permitting process this week when he submits an application to the Waitsfield Development Review Board.

Waitsfield zoning administrator J.B. Weir said that the 15-acre property is in the town’s adaptive redevelopment overlay district which requires a master plan and which Lareau Farm/American Flatbread and Yestermorrow have also used to add uses which were not previously allowed.

“He will be submitting a narrative and a master plan and will be on the May Development Review Board agenda,” Weir said.

Weir said that the property was built in 1958. He noted that the interior work had been recommended by the fire safety marshal.

When the property was operated as John Egan’s Big World it was permitted for 16 rooms, a 72-seat restaurant and several apartments.

Adler said he plans to reopen the inn and restaurant and said that the deconstruction work that is currently underway is related to demolishing a moldering, water-logged annex that was added to the building in 1994.

“While doing the internal demo, we could see that the roof had been leaking and moisture had poured in. It was rotted and the roof was making it wetter and more exposed,” he explained.

Weir noted that the internal work that was underway was allowed and said more extensive work could begin after the DRB hearing next month.

Adler is a lifelong avid skier and mountain biker. He moved to Vermont in 2001. He attended Middlebury College. The Mad Bush/Egan’s Big World property was purchased for $1.5 million in November.