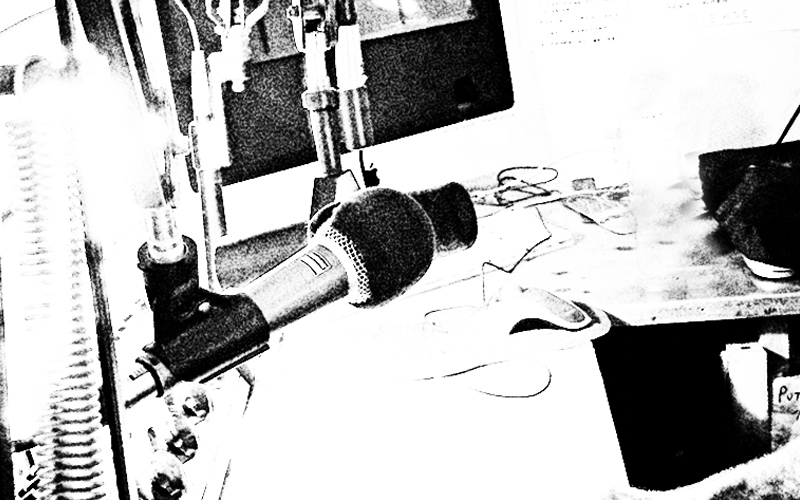 Bill Nowlan, Moretown, hosted his last radio show on WMRW in Warren last Friday. He’d hosted the show –which encourages consumers of music to pay more attention to the lyrics that songwriters toil over – since October 2021.

During last week’s show, he discussed how the passing scenery during a cross-country road trip caused song lyrics to pop into his head. Nowlan, a retired ER physician, said when he first started the show he lacked confidence and was uncomfortable and that it was obvious to listeners. But, he’d gotten better and was enjoying the new challenge.

For a time, there was no host scheduled to follow his 10 a.m. to noon show on Fridays and the station has auto-programmed podcasts that air.

“After my show, there’s a New Zealand podcast from a doctor who doesn’t practice about the tyranny of lockdowns. I had no idea I was signing up for a loony tunes situation,” Nowlan said.

“I was appalled. It’s all darkness nonstop. It’s all conspiracy theories about Covid, vaccines, the government, mainstream media, the military industrial complex, big tobacco and banks working to destroy the international monetary system while people were distracted during the pandemic,” he said.

He said that John Barkhausen, who serves as station manager, took him to task for criticizing other hosts, which is not allowed per station protocols. Barkhausen did not return three phone calls but did email a response asking that questions be submitted to the Rootswork board (he is a member of that board).

Nowlan said other hosts are also concerned about the tenor of some of the programming and said that he and other hosts make it a point to urge people to get vaccinated against Covid and to wear masks to protect themselves and others.

Board member Jim Sanford clarified that as well, explaining that the Rootswork board functions as the license holder for the FCC.

In response to emailed questions, Rootswork board chair Eric Sigsbey said that the radio station is a valuable community platform for the sharing of music, entertainment, ideas and opinions.

“The guidelines established for WMRW DJ’s and programming are in line with those required by applicable laws, rules and regulations. Without knowing specifically the “tenor” that this DJ objected to, it is difficult to address whether it is in violation of the WMRW guidelines.  Jim is correct that we have addressed issues recently on the basis of free speech,” Sigsbey said.

The Warren Select Board will be discussing the renewal of its lease of the building with Rootswork at its next meeting on April 26.