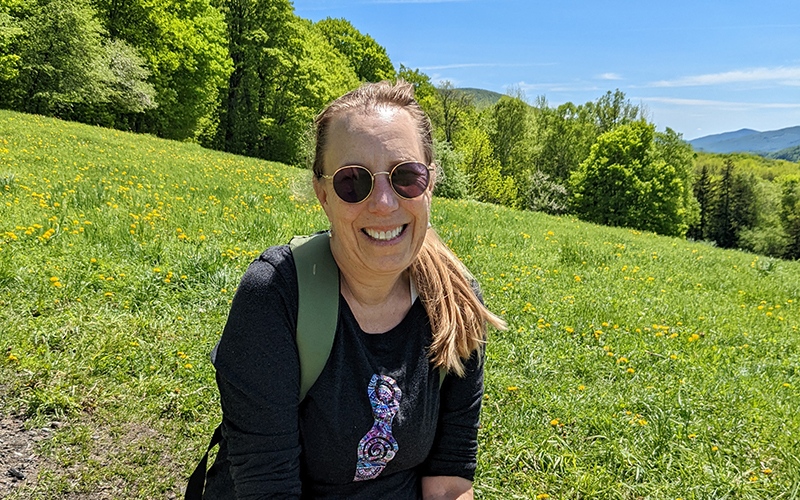 After nearly half a century in the U.S. Senate, Senator Patrick Leahy is stepping down, leaving open one of two Vermont Senate seats. Democratic Congressman Peter Welch is running for the seat, as is Republican Christina Nolan, Burlington, and Democrats Dr. Niki Thran, Warren, and Isaac Evans-Frantz, Brattleboro.

Thran is an emergency physician and the president of the Vermont chapter of the American College of Emergency Physicians.

“I feel like I can help more Vermonters in DC than I can in the ER,” she said. “I am passionate, I am hardworking, I am honest and I have fire in my belly. It’s time for Vermont to have a change. It’s time [we] sent a woman to the Senate. I want to smash that glass ceiling and be the first female senator from the great state of Vermont.

“One of my strengths is I do have Republicans that support my campaign. Politically, I see myself a little to the right of Bernie [Sanders] … In Vermont we have some unique challenges. Our campaign has three pillars: health care, equity and the environment. Ever since the leak from the Supreme Court, choice has really been all I’ve been thinking about lately. And it’s not just choice for women, it is choice for all human beings … I know Proposition 5 is really important and I totally support it. But we could also codify [access to reproductive rights].”

When asked how she plans to get things done with politicians on both sides of the aisle, she answered, “By pestering them,” noting she is willing to have difficult conversations. “I think one-on-one is the best way.” As a doctor, she said she’s “learned a lot about how to negotiate with people.”

When asked how she would address the need for affordable housing, she said, “In Vermont, specifically, I would tax second-home owners. If they can afford to pay for a house here and the nurses I work with can’t, that’s wrong. They need to pay more. The other thing is we need to reform the IRS. Right now, we have seven tax brackets. Why can’t we have 1,000? I think there’s too much inequity. The advantages that the rich have so outweigh those of the poor. By taxing the rich more, you would put less of a burden on those who don’t have. Use the increased money from the IRS to address housing through grants or nonprofits or maybe directly through government or letting states allot like their COVID money.”

To address climate change, she said she would implement a carbon tax and incentivize land owners to weatherize their homes and reduce their impact on the environment. “I would love to see light rail” and increased public transportation in Vermont, as well as working with car companies to increase access to electric vehicles. “We have to work with the manufacturers and get them to understand that they should be more equitable … We have to make them affordable, give rebates and incentivize. In a time of inflation, it’s going to be hard to convince people to spend more money on a car.”

She said she wrestled with whether or not to accept PAC money in her campaign. Ultimately, she did accept $5,000 from the American College of Emergency Physicians, which she said is a bipartisan group. If she was offered additional PAC money, she said the organization would have to represent both sides.

When it comes to paid family leave, she said she’s “totally for it,” as well as access to universal pre-K. Asked how we would fund those policies, she said, “We have to make our taxes more efficient. Our personal tax rate is often higher than corporation’s. We need to be tougher on them. Why should a corporation pay less than a hardworking American?”

She also mentioned the need for access to mental health services, saying she sees people in crisis in the ER regularly. “I’d love to see it on a federal level. I think states should have some say in how federal money is used but in states where they are more conservative, they end up not giving those resources to the people who really need them.