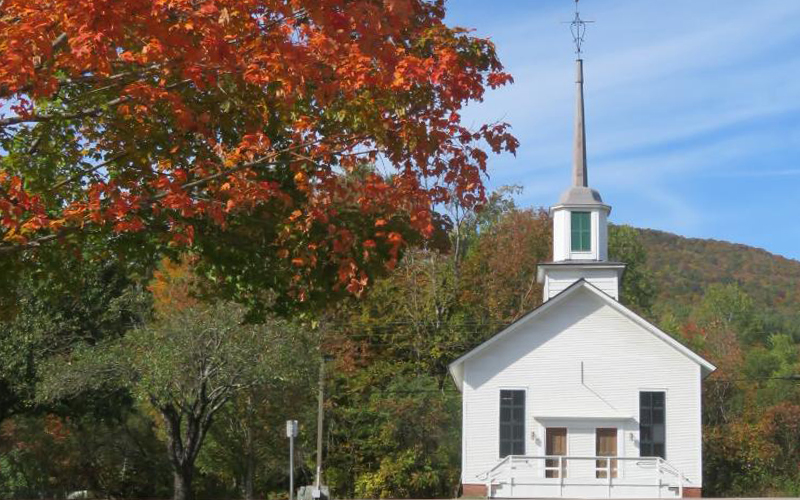 The Duxbury Historical Society (DHS) has acquired the South Duxbury Church and Sunshine Hall across the street from Harwood Union Middle/High School on Route 100. According to DHS president Don Welch, the church will become the society’s place of business and will be open to the public for special events, including one or two religious services per year. The historical society purchased the church from Christ the King Church Conference. Welch declined to disclose the sale price.

“We want to bring this property back into the community and get community involvement and make it available so it can become part of the community again,” Welch said. “It has played a significant role in the Duxbury community,” a DHS press release said.

Upgrades to the buildings will begin this winter. DHS is preparing the necessary permits and hopes to open its new headquarters in spring 2023. Over the last few years, DHS has maintained the two buildings on the property. The church will be the first building to be opened to the public on a limited basis for small gatherings, as it requires less work to upgrade than the Sunshine Hall.

Planning for the church began in 1854 and it was constructed by Samuel Turner in 1855. It was supported by six different religious denominations over the years, who each had use of the church dependent on how much money they pledged to it. Eventually, the Congregational Church was “the last standing denomination that used it,” Welch said.

“It will be a long haul,” Welch said. “We feel very good about our society to have a home.”