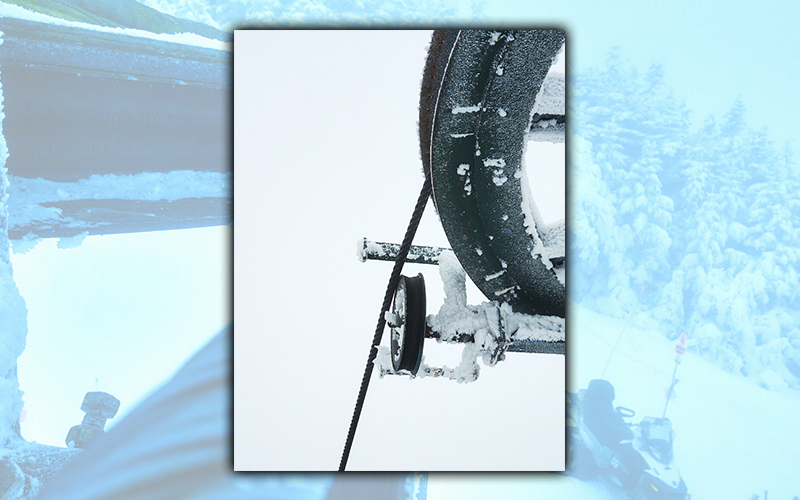 Over at Lincoln Peak, Valley Ski Week is underway, a five-day event that pairs local skiers with instructors for five days of instruction from 9 a.m. to noon and features a Thursday, December 16, social event after the skiing is over. Valley Ski Week returns after a 2020 pandemic hiatus.

And let’s talk about sitting up! Early this month, on December 1, Sugarbush reported an incident where a snowboarder was sitting on the far-right side of the Heaven’s Gate chairlift, as far away from the bull wheel as possible.

When the snowboarder went to exit the chair at the top, he fell to skier’s right, then grabbed onto the chair on skier’s left, explained resort COO John Hammond. Hammond said the boarder was a large man.

“The haul rope was canted and pulled off the right side which pushed the rope off the guide shaft,” he explained.

While the snowboarder was fine and rode off, the chair was stopped for approximately 45 minutes while crews fixed the situation enough to offload all those waiting on the chairlift.

“They adjusted the sheave in (towards the tower so it would not hit the rope or grips) and ran the line off at a slow speed. Once the line was clear, they used a chain hoist to lift the haul rope back up and replaced and realigned the sheave, inspected the ropes and grips and then got authorization from the tramway division to reopen the next day,” Hammond explained.

The haul rope he referred to is the cable that runs the lift uphill.

“It’s important that people know how to ride the chairlifts. People should be in the middle; the chairs are designed to ride flat. We’ve seen people get on quads in the past and sit on one end. It’s not great for the equipment, especially going into terminals, and it’s not great for everyone else riding on the lift if a lift has to be stopped for 45 minutes,” Hammond said.

“Everyone should understand that you should ride in the middle. This is my 30th year of working here and that’s never happened before,” he added.