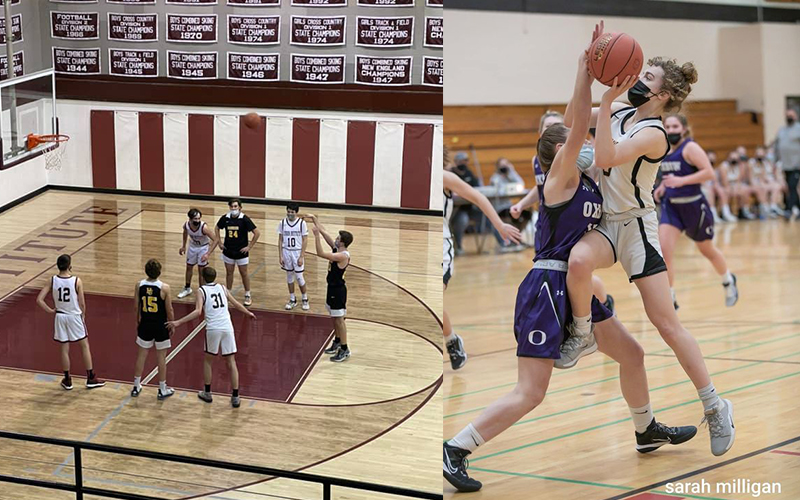 The Harwood boys’ hockey team took a tough loss over the weekend, falling 8-0 to Mount Mansfield Union. “MMU played well, they capitalized on their scoring chances and played great team defense,” said HUHS coach Shawn Thompson. “For us, it was a game to forget, we just didn’t show up from the start and it wasn’t our night. On to the next one.”

The loss came on the heels of a 3-2-win last week vs. Woodstock. “The boys came out strong just like I asked them to and we put the pressure on in the first period,” Thompson said. “The second period was plagued with penalties for both teams, and the third was a battle where we came out on top with two beautiful goals, one being a one-timer from Charly Seitz on a nice feed from Tanner Woodard behind the net, and the other a bar-down snipe from Tyson Sylvia on a nice feed from Jake Green. And again, a great performance from our goaltender Teighen Fils-Aime. The Woodstock team played well and it was a tough matchup. Their goaltender played outstanding as well. I was extremely happy with the W.”

On the girls’ side, Harwood’s hockey team defeated Stowe, 5-2. Maggie Belknap scored her first varsity goal. Louisa Thomsen took home a hattrick while Summer Herrington rounded out the score. Goalie Jordan Hunter had 23 saves through two scoreless periods, and goalie Sophie Pelletier had seven saves during the third in her first varsity game.