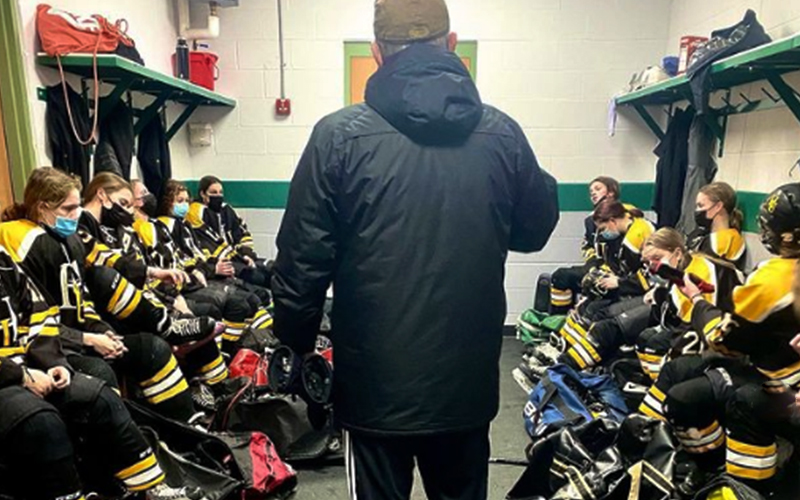 After a strong season, number four seed Harwood Highlanders girls’ hockey team fell 4-0 to number one seed Woodstock in a hard-fought semifinal battle last Friday. “We were evenly matched in the first period,” Harwood’s assistant coach Katie Martin said. Harwood ended the first period down by one goal. “They outshot us every single period. We had a couple of opportunities, but just weren’t able to get as many shots. We did the most that we could. Woodstock ended up besting us. Overall, it was a pretty good game.” Harwood goalie Jordan Hunter had approximately 30 saves.

The Harwood team ended the season with accolades; Captain Louisa Thompsen, a junior, was named Division II player of the year and sophomore Jordan Hunter was selected as the state’s Division II first team goalie. Martin reported that Hunter had close to 800 saves this season.

This season marked head coach Mike Vasseur’s 14th and final season with the team. “He’s been such an asset to the girls’ hockey program at Harwood,” Martin said. “He will be missed.”

Despite the season not ending how the team had hoped, “It was a good season,” Martin said. “We had injuries, a couple of COVID cases. We just made the most of it and we had a lot of fun.”