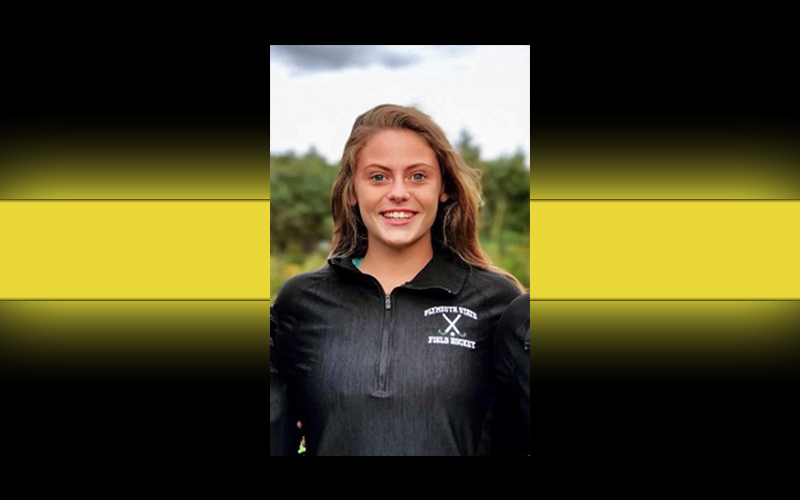 Harwood alumna Katie Martin has been named Harwood Union High School’s new varsity field hockey coach, as well as the girls’ varsity ice hockey coach. Previously, she was the middle school field hockey coach and junior varsity coach from 2018 until this year. She was also the girls’ varsity ice hockey assistant coach, joining in the 2020-2021 season. On the ice hockey team, Martin will be joined by Chelsea Delpia, the returning assistant defensive and goalie coach. “Chelsea and I played together in high school and it was always our dream to coach this program together. She was one of the best goalies that the program had in its history,” Martin said.

Martin began playing field hockey while at Crossett Brook Middle School and played for four years of varsity at Harwood under Heidi Hill during the years the Harwood program won three straight championship titles. “After graduating Harwood in 2014, I studied communications, writing and history at Plymouth State University in New Hampshire,” Martin said. “While at Plymouth I played four years of varsity field hockey under Bonnie Lord, and two years of club ice hockey. I have been playing ice hockey since the age of 2, playing boys’ ice hockey until high school where I switched to girls’ and played under Mike Vasseur, the same coach I worked with the past two seasons along with Harwood’s goalie coach, Scott Hunter. Scott Hunter will be returning as the goalie coach, and we will be bringing on board Brett Belknap as our defense coach. When there is time, I also help out with Girls4hockey, a Vermont skating club that caters to girls, coached by girls, that travels in Vermont hosting clinics.”

“Last summer I started a business locally called ‘Central Vermont Youth Field Hockey’ where we would put on weekly clinics for students aged 7-14 to come and play with our coaching staff and high school athletes. The hope is to introduce field hockey at a younger level -- much like lacrosse and soccer are. I like to be involved and volunteer time to both of these sports because I have a passion and love for both, and both of these are feeder programs essentially to our high school programs.”

When asked what skills the field hockey team will be working on this fall, she said, “Cardio. Core. Stick skills. Shooting on net. Communication on the field. In playing this sport, these are some of the most rudimental things that we teach at the younger levels, yet sometimes they can be easily forgotten, or just not utilized enough. We plan on running a vigorous workout regimen for pre-season, doing double sessions. Stick skills, dribbling, dodging opponents is also something the girls have expressed that they would like to work on -- so we will be doing a lot of that. In watching the games last year, there were a lot of great plays together, great things on and off the field. This year I really want to work on how the team communicates with each other and work together. We have the skill, we just need the drive, the determination, and we need some grit. We have a great squad of athletes this year, it’s going to be awesome to see them progress.

“I’m looking forward to getting this program back to a thriving sport at Harwood. The program I once played in at Harwood was competitive, fun, and something that you were proud to be a part of. I’m excited to work with the girls that we have and make our local high school one of the top competitors in our division again. I have coached most of the girls at some level, whether it be middle school or junior varsity, so I’m thrilled to work on their skills with them and help improve them when I can. I’m all for having fun and bonding, but at the end of the day we are on that field to play together and win. Losing is part of the game, and by doing that we will learn from mistakes and do better the next time -- but it's all a part of loving the game.”