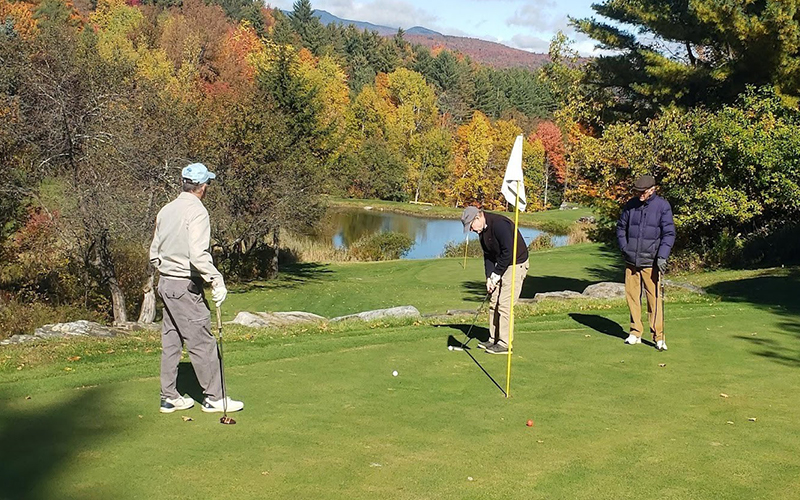 The tournament was held on Saturday, October 8, at Woodchuck Golf in Waitsfield. Course owner and tournament organizer Spencer Potter said that playing conditions were subpar at best, early rounds in the high 30s and unpredictable gusty winds all day. Ted Joslin, Tom Mehuron, and Jake Strobeck tied for second place.

Ben Ross and Alexander Socinski birdied No. 3 and Drew Simmons birdied No. 1. Players were celebrating pars in the cold and wind.