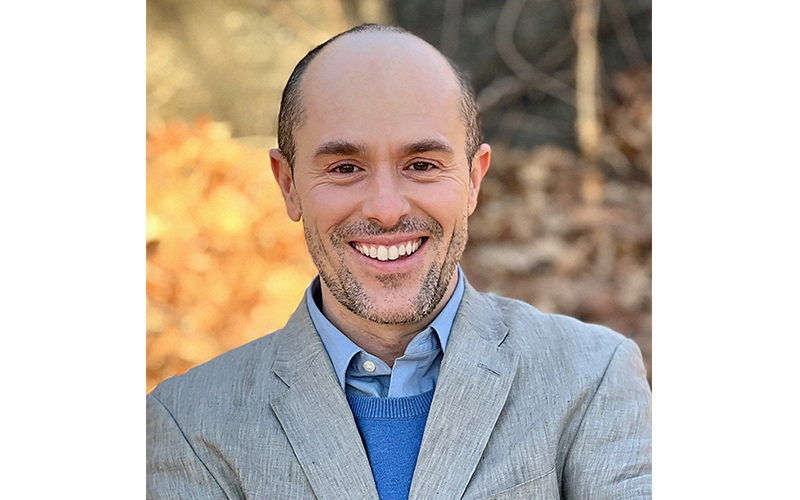 With Senator Patrick Leahy retiring from the U.S. Senate after 48 years, several Vermonters are vying for the open seat. Isaac Evans-Frantz, (D), Brattleboro, is an activist with experience in public health and human rights. He got his first political experience as the first student representative to the state board of education while in high school.

“I was born and raised in Brattleboro,” he said. “I grew up in public schools here. While I was a student, I organized the first statewide gay-straight alliance conference. Since then, I helped get legislation through the State House to expand access to dental care for Vermonters. I’m proud of that work. I’ve always stayed connected to this state and been proud to be a Vermonter.

“I’m running because I think that right now, we are facing crises in this country that need leadership that is independent, that is not beholden to corporate interests, that is not entrenched in the system that we currently have,” he said. “I have organized national coalitions, I’ve helped pass legislation in Vermont and nationally and gotten international policy changes and I think we need that sort of activism, that sort of coalition building, in the United States Senate.

“I have worked in community health centers; I’ve worked in schools. Currently, I’m on leave from running a national human rights advocacy organization with trained activists in 20 states. I’ve built national coalitions to stop U.S. participation in the war in Yemen. We’ve succeeded in passing bipartisan legislation in the House and Senate in the United States. I’ve also built a national coalition for global economic response to the pandemic and brought together people from across the United States and got policy change.”

He said his top priorities if elected include the climate crisis, housing and health care. “I strongly believe that we have a moral obligation to provide health care to everyone in our society. We need universal health care. We should be putting people at the center, not the profits of the pharmaceutical industry.

“One thing that I think is really important is that we pass the American Housing and Economic Mobility Act which was introduced last year by Senator Warren and has been cosponsored by Senator Sanders. This legislation would be particularly helpful for first-time homeowners. I see a need for creating more housing at all income levels. Everybody needs a place to live. I believe that housing is a human right. We need to make sure there are social supports for people to thrive in their communities.”

Regarding reproductive rights, he said, “I think it’s critical that this right be preserved. First of all, we need to be bringing in the voices of more Americans into this conversation. It shouldn’t be a group of older white wealthy heterosexual men who end up getting to call the shots about the bodies of women and transgender people. It’s through mobilizing that we’re going to change this.

“In order to pass the sort of reforms we need we really need to get the money out of our political system. Elections are not auctions. Our votes are not for sale. Corporate PACs have been funding folks like my challenger, Peter Welch, for 15 years. That’s a huge amount of influence and access that those corporations buy. We owe it to Vermonters to listen to their voices, to what people here in this state want, not to what giant corporations are calling for. I am someone who knows how to get legislation passed from advocating on the outside.

“I grew up in a low-income family where there was a time when we were receiving public assistance. I think that we don’t have enough people who have that sort of class background who are in the United States Senate who are in touch with the struggles of people today. I have lived experience. Right now, my husband and I are paying off student debt. That’s something that so many people in this country are dealing with, not necessarily representative of the U.S. Senate. I’m much closer to the median age in this country than the average age of a U.S. senator. I think we need that sort of representation.”