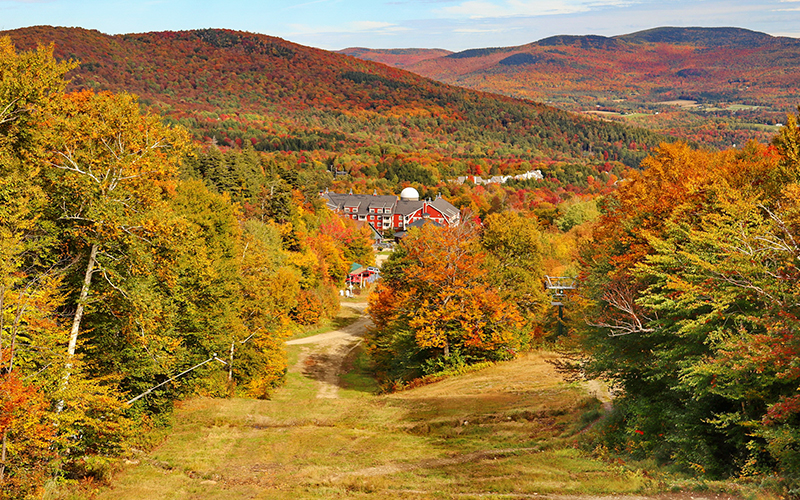 Sugarbush has begun the permitting process to replace the Heaven’s Gate triple chair with a fixed grip quad but the work is not imminent.

JJ Toland, Sugarbush vice-president of marketing and sales, said the permitting is underway so that permits are ready when the resort is able to source and fund a new lift.

“We’re not flying in towers or doing anything come spring. This is just the first step in a long process,” Toland said.

“When we source the lift, we’ll pull the trigger,” he said, noting that supply chain issues are impacting the ski industry as well.

“Current thinking is that the new lift will remain roughly in the same footprint as the existing lift,” he said, refuting social media posts about the Heaven’s Gate base being moved lower down on the mountain.

Replacing that lift will not happen in 2023, he said, but what will happen is a lot of regular upkeep work including new communications line, new chairs and new tower caps. Toland said replacing the lift would cost between $7 and $10 million.

Sugarbush applied to the U.S. Forest Service for permits this summer. At the same time, the resort began an Act 250 application process to realign the Reverse Traverse trail so that it is all downhill and features snowmaking – something the existing Reverse Traverse alignment does not have.

“We really wanted to get the Reverse Traverse realignment done this season, but we were just not going to be able to get it online in terms of snowmaking for this ski season. That will happen in 2023 and it is significant in terms of capital improvements. This will give people another way off the hill in the early season,” he said.

The Reverse Traverse project involves clearing trees from about an acre along a 905-foot length for the new alignment as well as another spot along the route to the Heaven’s Gate lift.

Per the Act 250 application, which was filed in June, the middle 15 feet of the trail would be comprised of native gravel material for use as a work road, replacing the existing work road. Approximately 3,600 feet of snowmaking pipe (water and air lines), both above and below ground, would be placed along the edge of the realigned trail and the remainder of the route to the Heaven's Gate lift with the addition of snowmaking hydrants. Brush cutting of small vegetation would occur along the edge of existing trails as needed to accommodate the snowmaking pipe placement. The existing Reverse Traverse ski trail would be abandoned and left to revegetate.

The resort is also nearing completion of a project to replace the weir in its snowmaking pond on the Mad River. That work has been underway since mid-summer and is 90% complete, Toland said.

All told, this year, the resort will have spent $7.2 million on improvements, upgrades, groomers, the new weir and increased snowmaking capacity, Toland said.

“This will allow us to open earlier, run longer and bounce back from the funky weather that we’re now experiencing,” he said.