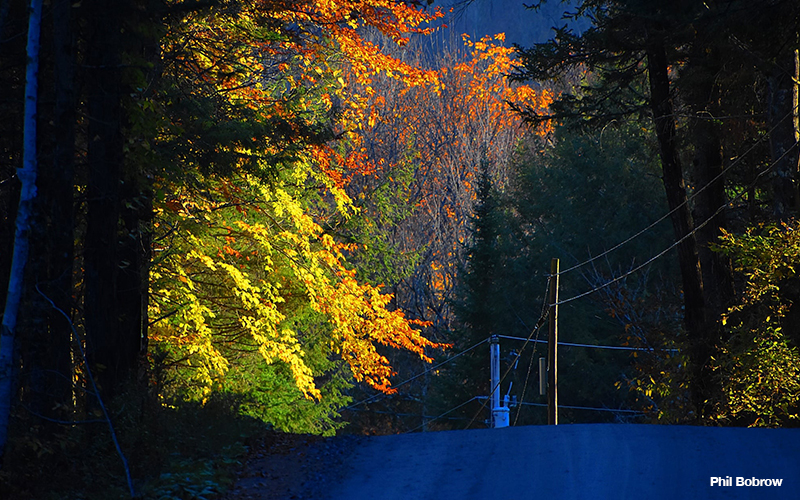 Phil Bobrow has come full circle when it comes to making his living as a photographer.

The Waitsfield resident has a robust following on social media for his Vermont photographs and spends half his time on his computer editing photographs as well as boxing them up to ship to people buying pics from his website. He also sells his work at the Artisans’ Gallery in Waitsfield.

He spends a fair amount of time driving around the state, looking for new places to shoot as well as revisiting some of his favorites.

Bobrow has been taking pictures since he was a kid but first became a professional photographer while living and working in Jackson Hole, Wyoming. He grew up on Lake George and in 1974 headed west to attend graduate school at the University of Wyoming. That led to work in human services, founding and running a Big Brothers/Big Sisters organization and later working for the state in Jackson Hole in the unemployment department.

“After that, I went to work for the Jackson Hole Guide as a photographer which was the beginning of the whole professional photography thing,” Bobrow recalled.

That was in 1985 and after a year of that, he became a freelancer working for multiple news organizations -- the Washington Post, Salt Lake Tribune, Casper Star Tribune and others – something he did for 10 years.

He returned to Vermont, then Maine and then back to Vermont again in 2006 working at Sugarbush as well as other places including The Warren Store but always continued pursuing photography on his own, publishing pictures in Vermont Life among other publications.

He left The Warren Store this spring and is once again back to full-time photography, traveling the state’s backroads and villages looking for the perfect shot, the perfect village, the perfect composition.

“I’m all over the map in terms of what I like to shoot. I love taking people pictures, landscapes, pictorials, towns, villages -- all the things I did when I was a newspaper photographer,” he explained.

He says he’s a minimalist and never carries two cameras or wears one of the fly fisherman vests photojournalists often seem to wear. He likes to blend in and avoids obviously staging shoots.

“I only use one camera because I like to be discrete. If people see a photographer, it changes how candid they are or they think you’re a tourist,” he said.