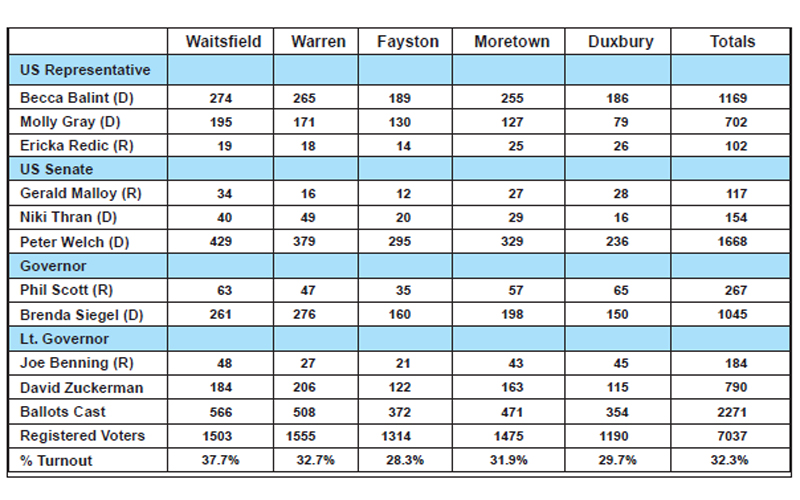 Local Democrats outvoted Republicans overwhelmingly in this week’s primary election on August 9. In the five towns in the Mad River Valley 1,938 Democrats cast primary ballots along with 327 Republicans and six Progressives.

In Warren, Waitsfield, Fayston, Moretown and Duxbury voter turnout ranged from 29.7% in Duxbury to 37.7% in Waitsfield. The average in the five towns was 32.3%. In the race for U.S. Representative Valley voters mirrored Vermont voters statewide in choosing Democrat Becca Balint over Democratic challenger Molly Gray. Locally Balint received 1,169 votes to Gray’s 702 votes.

In race for Washington 7 State Representative voters cast 1,588 votes for Democrat Kari Dolan and 1,333 votes for Dara Torre. There were 56 write-in votes across The Valley. There are two Independents running for that seat: Rebecca Baruzzi, Fayston, and Gene Bifano, Warren. All four will appear on the November General Election ballot.