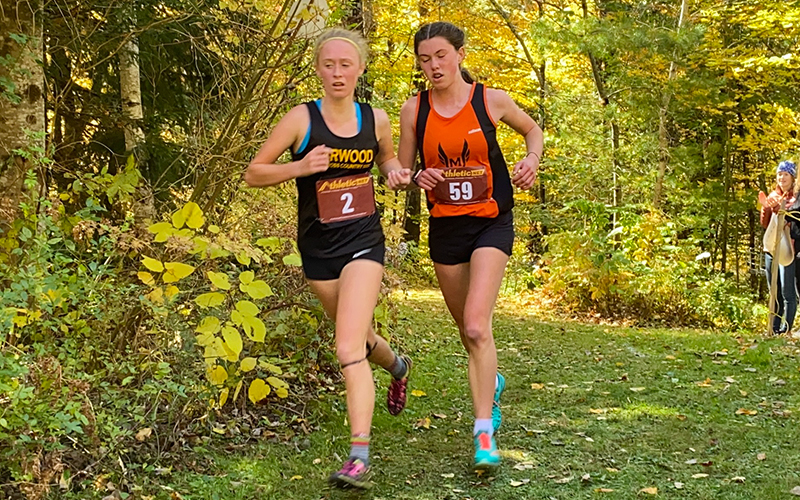 For the 10th year in a row the combined Harwood Union boys’ and girls’ teams won the 35th annual Harwood Co-ed Invitational.

The Harwood Co-ed is unique in that both the boys’ and girls’ scores from each school are combined to determine the school’s final place at the meet.

“It was one of the closest co-ed meets in recent history. Middlebury runners have adapted to our course and always do quite well here,” said Harwood head cross-country coach John Kerrigan

“I was not disappointed, I gave it my all, I am glad for Julia.” said the Harwood senior.

The young Harwood boys’ team had a much tougher race. Former Harwood runner Noah Rivera who is now running for Montpelier led from start to finish.

“I think his familiarity with the course helped. Noah was followed by teammate Ezra Merril Triplet,” Kerrigan added.

“Our young boys’ team hung in there. I am proud of our guys,” Kerrigan said. Harwood boys were led by Indy Metcalf (3), Chris Commiskey (8), Quinn Smith (9), Lincoln Gage (14) and freshman phenom Chapin Rivers (23)

The Harwood cross-country team will be taking the next weekend off. Their next race will be on October 18 at the Millstone Trails hosted by Spaulding High School.